The first record of the hall appears in the Doomsday book in 1086 “Manor. Calthorne. Alric (a Norman Lord) had three caracutes of land to be taxed and there may be two ploughs here…there is a priest and church.

In the 13th Century the estate was owned by the Canun family. In the1380’s records reveal the hall and estate was in the hands of the Bosvilles of Ardsley. The were legends of an horrific murder when the hall was rented out to an unknown family. The daughter of this household became romantically with a man named Lockwood. Lockwood had been involved in the murder of Sir John Elland, High Sheriff of Yorkshire. The tenants became afraid of being accused of harbouring a murder and word was sent to the Bosvilles. Boswell’s men arrived at Cannon Hall they slaughtered lockwood in a violent and cruel manner.

Records recall a significant building on the site of the hall. Before this hall would probably have been an Anglo-Saxon farmstead before the Norman Conquest. In 1334 there is a mention of ‘Cannongreve” a copse of woodland.

Then in a conveyance dated 1650  William Hewet sold the Manor and farm, along with other farms, land and cottages to Robert Hartley for £2900. piece of woodland. Many alterations and improvements were made to the hall over these years.

By 1660 the estate was inherited by Margaret Hartley. She then sold Cannon Hall to John Spencer her step father who originated in Montgomeryshire on the Welsh Borders. This family lived here until 1775, but the line did not continue when the oldest Spencer died with no heirs.

His sister Ann married Walter Stanhope. They had a son Walter who became heir to the estate. He added the name ‘Spencer’ in regard of his uncle. Walter Stanhope was a close friend of the anti-slavery MP William Wilberforce.

The Spencers made their wealth through iron smelting. John Spencer was the leader of a group of local iron masters and gained significant influence through this position. With this new wealth, the Hall was rebuilt around 1698. This is the core of the existing hall.

By the mid-18th century the family sold on their iron forging works and became ‘leisured landed gentry’. John Spencer decided to add a park, designed by Richard Woods (1716-93). A ha-ha was built to contain deers.

Two walled gardens were made and a ‘pinery’. Some of the greenhouses were heated by coal, so fruit and fresh flowers were readily available for the tenants of the hall. Other developments in the grounds include a deer shelter built in the early 1800’s.

Today the hall houses a museum begun in 1957. The ground floor represents the hall furnished in it’s 18th century style, The ballroom was built in the 1890’s. The kitchens represent those of the hall in Victorian times. There is a collection of Moorcroft  pottery. The Harvey collection, donated to the hall in 2003 contains a Canaletto and paintings by Dutch and Flemish artists of the 17th and 18th centuries. There are works by John Roddam Spencer-Stanhope, a minor pre-Raphaelite artist.

Whilst still owned by the Spencer-Stanhopes, the farm was at the forefront of agrarian technology. In the 1930’s and 40’s their pedigree Large White pigs were very popular. In 1957 parts of the estate were sold off. Charles Nicholson bought the farm with 126 acres of land for £7100. Charles died a year later and his son Roger had to leave school to manage the farm. He was only 16 years of age. In the 1980’s it was clear the farm needed to diversify. The farm shop was opened in 1999, a new farmyard was built in 2013. A large indoor play centre was erected in 2015. The farm is still run by two Nicholson brothers and is now a major tourist attraction in the region.

Cannon Hall Park was requisitioned by the War Office in 1940 to house a camp for the armed forces. The camp was initially built as a tented camp in July 1940 to house British troops evacuated from Dunkirk. Over the following years it was replaced by more permanent buildings, paved roads, services and facilities.

Over the period 1940 to 1949 the Cannon Hall Camp was home to different units of the British,Canadian and Polish armies and was sited alongside the centre of Cawthorne village. At peak times the camp housed around 1,000 troops, which had a significant impact on the life of the villagers.

The end of the war saw some 250,000 Free Polish Armed Forces troops in Western Europe and the Middle East. Many of these troops could not return to Poland because, either their homes in eastern Poland had been given to the Soviet Union (Yalta Agreement), or because they feared living under Communist rule in Poland, many having already experienced the horrors of the Soviet work camps.

To accommodate the troops not wishing to return, in May 1046 the British set up the Polish Resettlement Corps (PRC), a non-combat unit of the British Army which was designed to ease the Poles’ transition into British civilian life. Members of the Free Polish armed Forces, which were now being disbanded, were free to volunteer and sign on with the PRC. Around 140,000) joined up.

The PRC contracts were for 2 years although a soldier was free to leave for a civilian job at any time. The Poles in the PRC  were housed in some 300 camps around Britain – Cannon Hall, Cawthorne, was one of these camps.

Polish soldiers and their families occupied the Cannon Hall Camp post World War 2 – 1946-1952 when it was designated a Polish Resettlement Camp its purpose was to facilitate the educational needs of the many Poles who had their schooling disrupted and required additional studies to complete to ‘0’  and ‘A’ level standards in a variety of subjects.

The camp which previously had been ‘off limited’ to civilians when used as a Military Camp, because much more accessible to the public 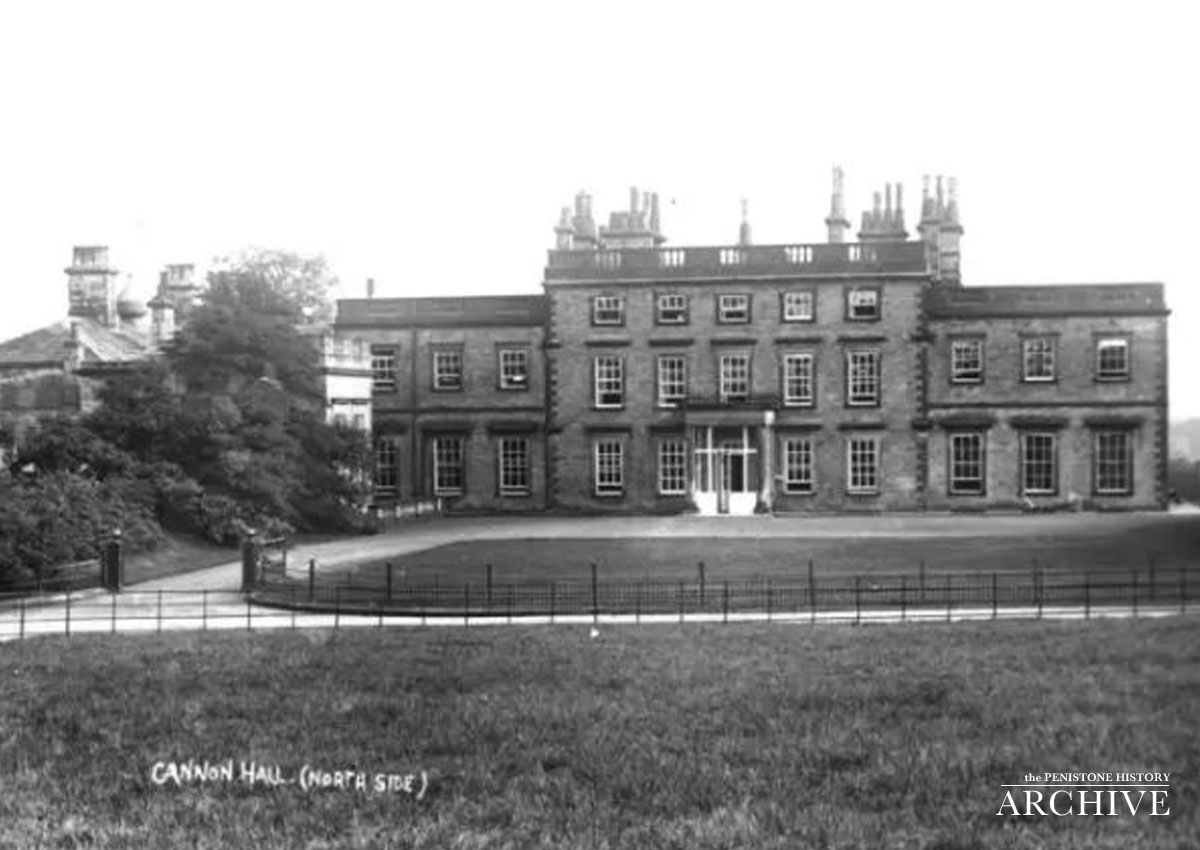 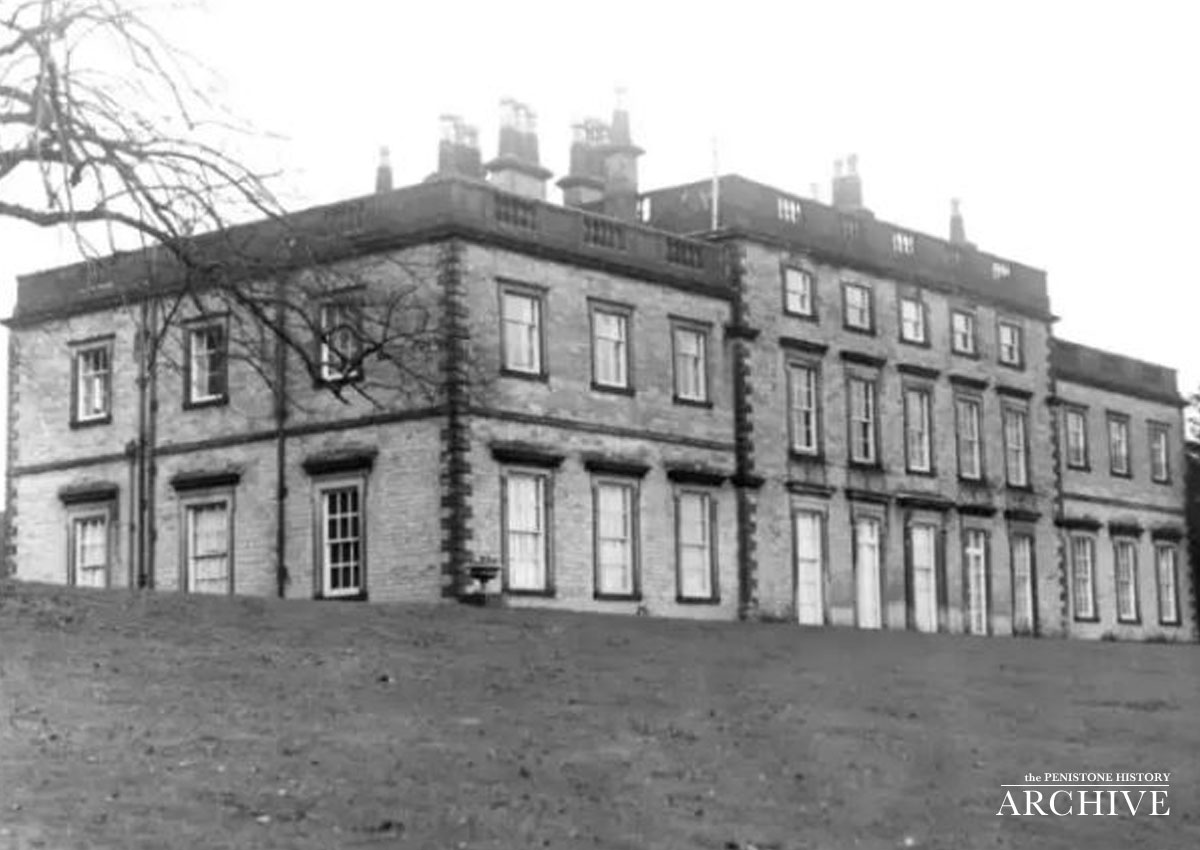 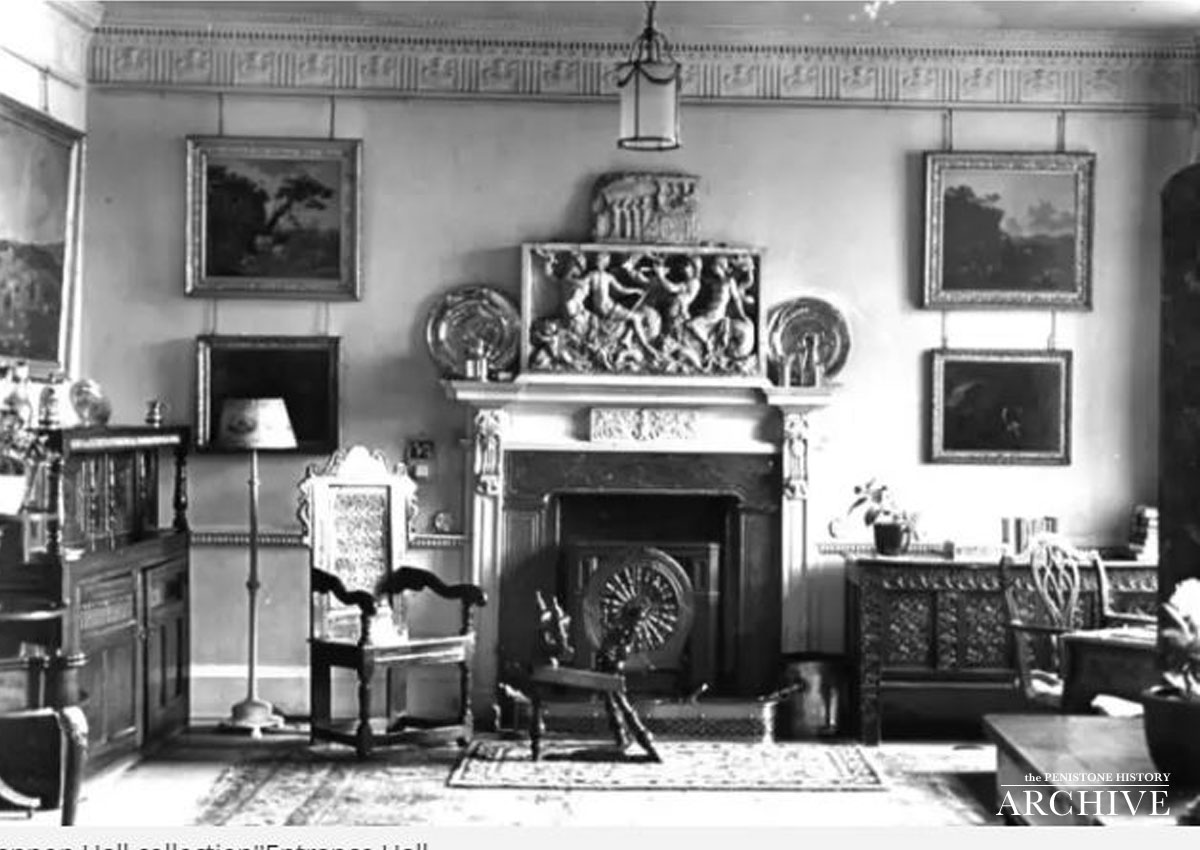 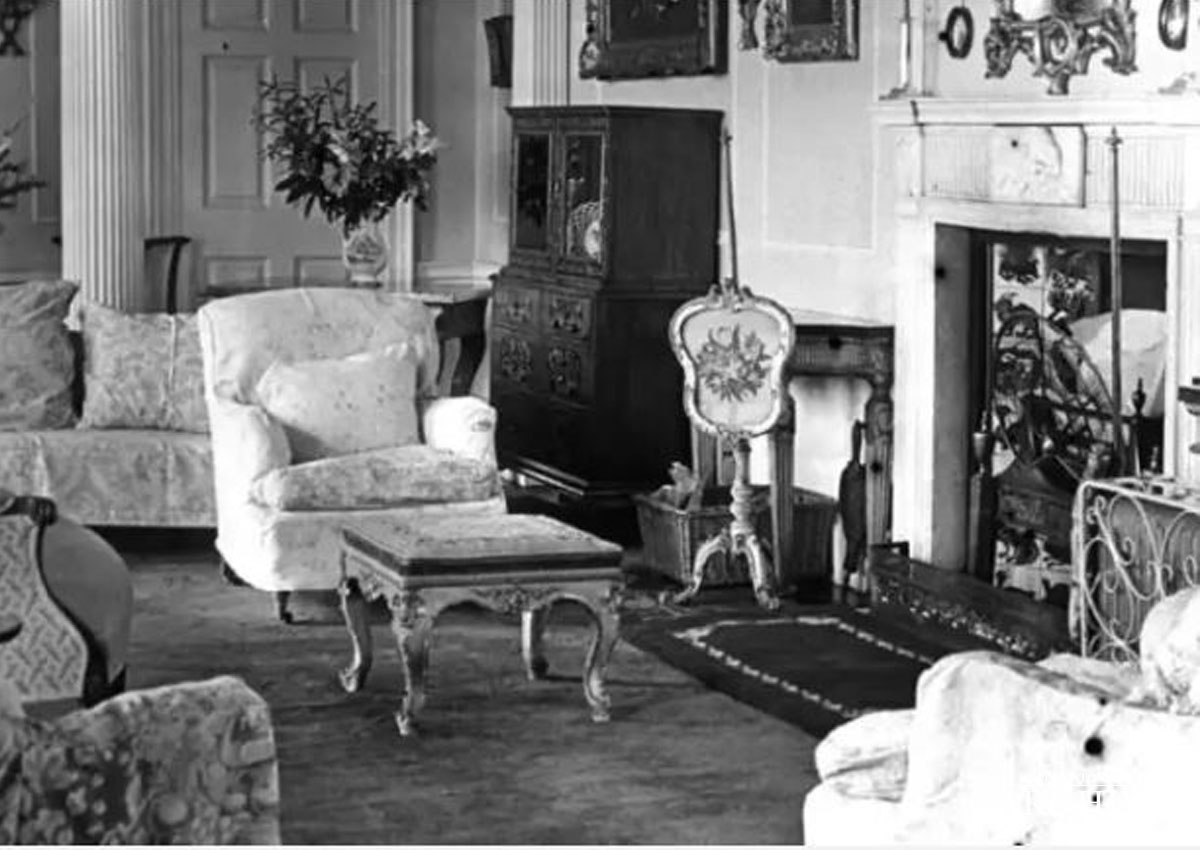 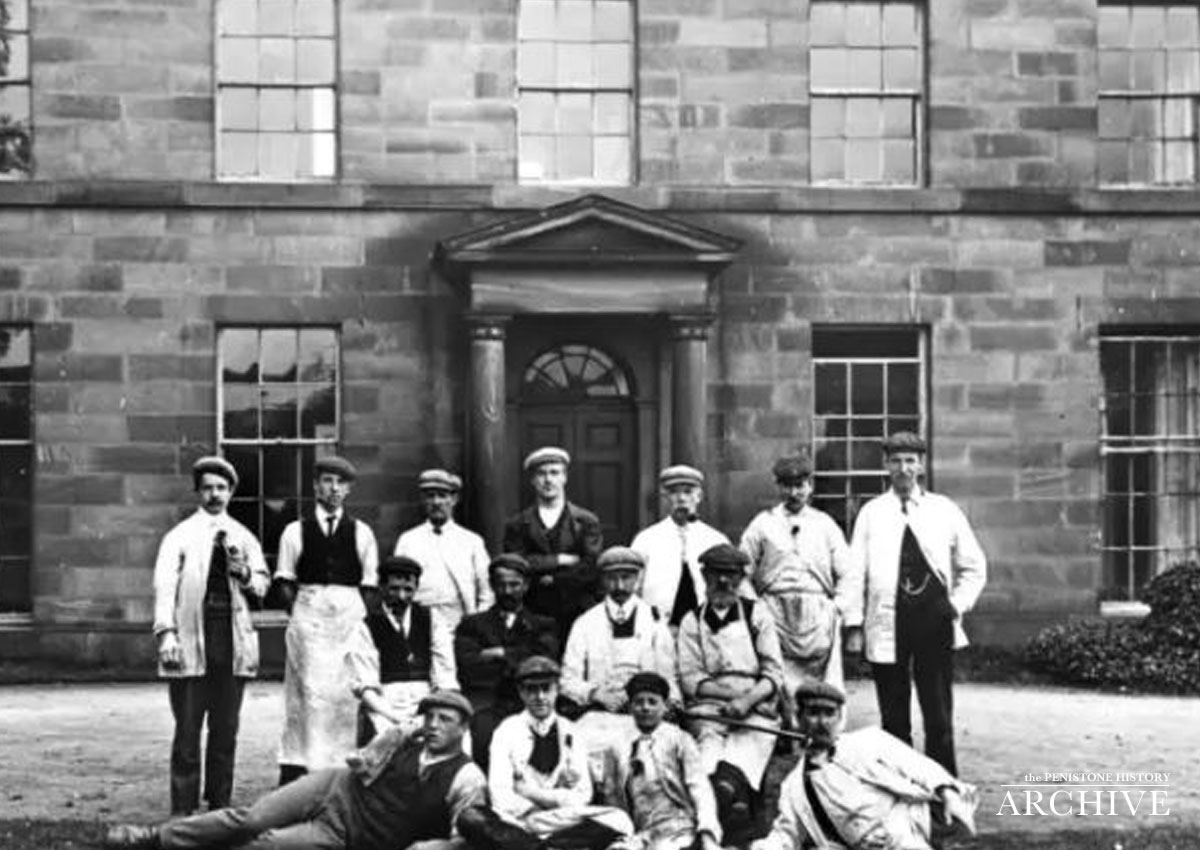 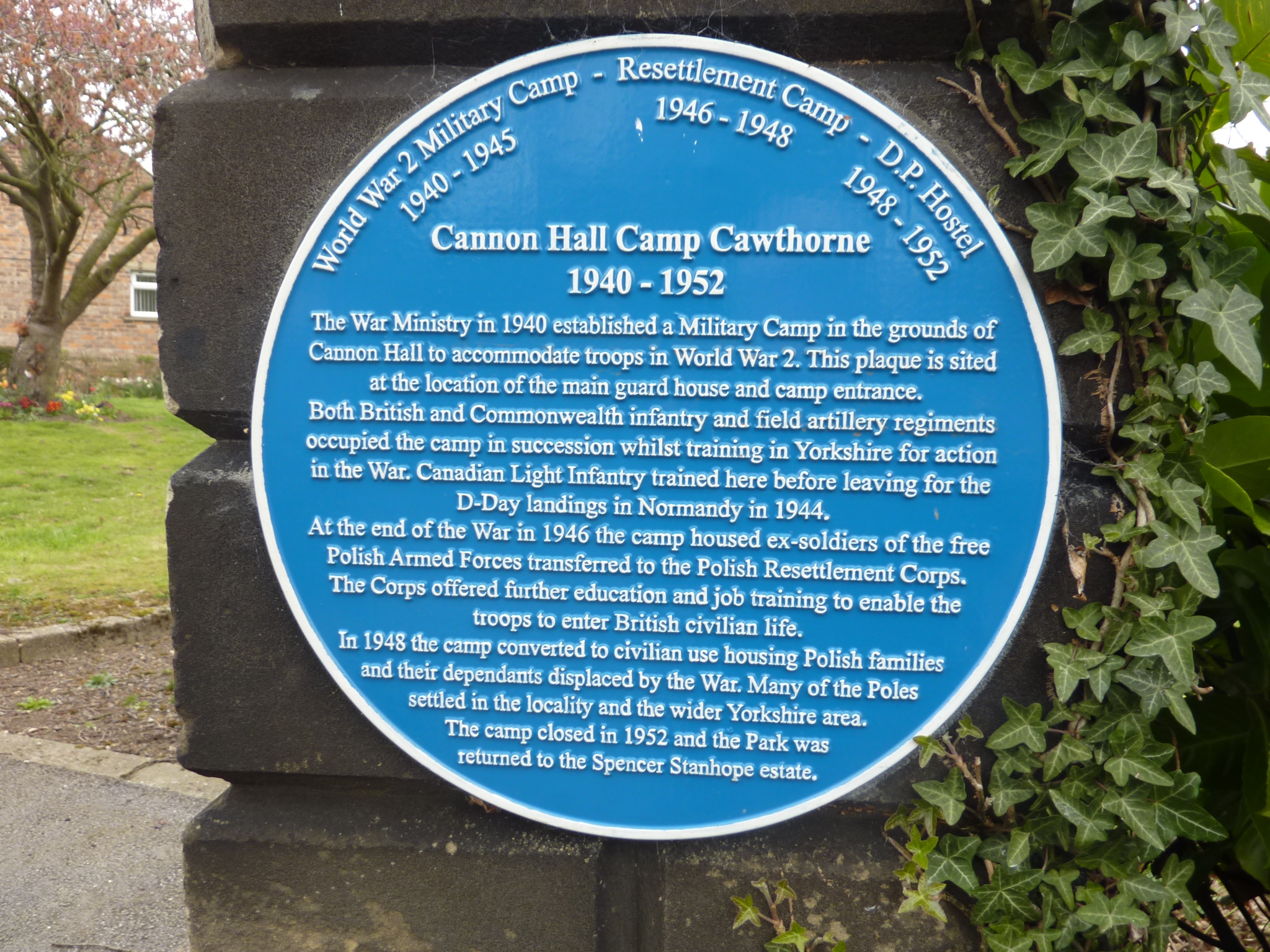