Noblethorpe Hall is a fine Country House of Georgian Design dating back to the 18th century and sits in a delightful 18 acre parkland estate in Silkstone which is in the Metropolitan Borough of Barnsley in South Yorkshire.

The hall is an imposing example of fine Georgian architecture; this Grade 2 listed mansion nestles in a tranquil and secluded setting whilst commanding splendid views over magnificent Capability Brown inspired grounds.

This hall was the residence of J S H Fullerton Squire of Silkstone; by the end of the 18th century  Noblethorpe Hall Estate was put up for sale and was purchased in 1787 by Jonas Clarke  for the sum of £2,200.

Also in the grounds of Noblethorpe Hall can be found Red Lodge a detached stone-built lodge bungalow, this was at the main entrance to the Hall.

Mr. Fullerton is listed as Squire in the County Directory. By 1908 records show he was a member of the United Grand Lodge of England Freemasons at Foxhunters Lodge. Sometime during 1908 the Penistone Hunt opened its season at Carlecotes Hall and Mr. Fullerton was voted in as the new Master. His wife Dame Mrs. Fullerton is the President of the Stanhope Habitation of the Primrose League (1909)

His eldest son John Robert went on to marry the Hon. Moira de Yarburgh-Bateson only child of Lord and Lady Deramore of Heslington Hall York. Records show at some time in 1951 he came back from Kobe Japan, on the Ship (Glenroy).

His second son Charles Allen became a Lieutenant in the R.A.F. and was killed as the result of a flying accident he was interred in the private burial ground at Thrybergh Churchyard on 2nd June 1918

The third son David William was born at Wentbridge and went on to work in London. He lived at The Stables Hooton Pagnall where he died. 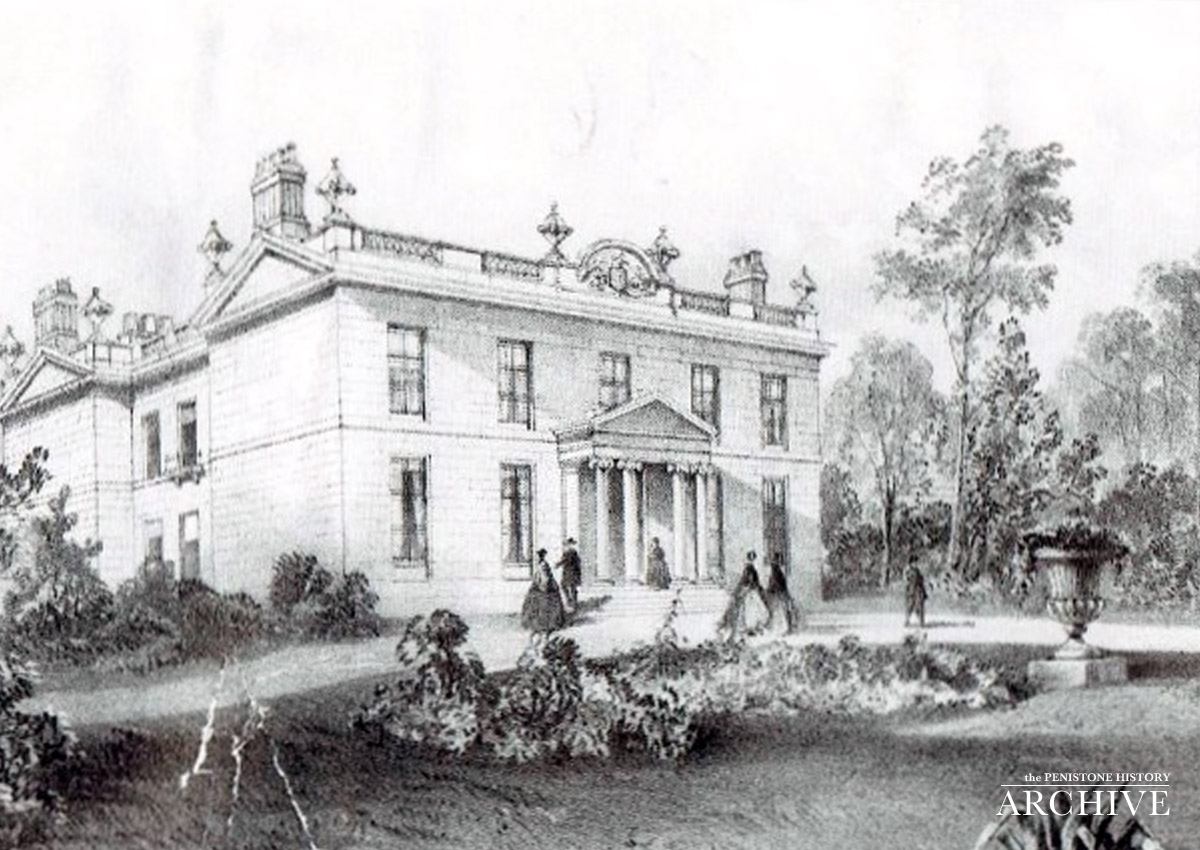