Heather Armitage/Young was Britain’s top female sprinter of the 1950s, winning seven major international medals and claiming four Women’s AAA titles. She reached her peak in 1958, becoming the first British woman to win an individual track gold medal at the European Championships with victory in the 100 metres in Stockholm. Her historic victory was an early success in a glorious era for British women’s athletics, one which continued with the international triumphs of fellow Yorkshirewoman Dorothy Hyman in the early 1960s and culminated in the gold medals won by Mary Rand (long jump) and Ann Packer (800 metres) at the Tokyo Olympics in 1964.

She was born Heather Joy Armitage in Colombo, Ceylon (now Sri Lanka), on 17 March 1933. Both her English parents were from a sporting background: her mother an accomplished swimmer and her father, who worked as a colonial policeman, a champion boxer and tennis player. After a spell on the island of Mauritius in the Indian Ocean, the family returned to England in 1947 and settled in the village of Penistone, near Sheffield. Aged 14, Heather entered Penistone Grammar School and soon displayed her sporting prowess, playing as a dashing left winger in the hockey team and regularly winning the 100 and 220 yards sprints at the annual sports day. Her athletics idol was the great Fanny Blankers-Koen, the “Flying Dutchwoman” who won four gold medals at the 1948 Olympics in London.

At the age of 16 Heather came under the wing of Eric Goodman, a sprint coach who during training sessions on a cinder track above a railway line helped hone the lightning fast start that would later become her trademark. In 1951, aged 18 and representing Yorkshire, she won her first major title with victory in the All-England Schools’ senior 100 yards final, clocking 11.4 after a brilliant 11.0 in her heat, a time which would have equalled the British record had it not been wind-assisted.

After leaving school in 1951, Heather enrolled at a PE college near Barnsley (a move that caused a kerfuffle among villagers in Penistone, who preferred women in more traditional, domestic roles) but despite her academic commitments, her development as an athlete continued apace. She became a member of Longwood Ladies AC, a club near Huddersfield set up specially for her by top miler Derek Ibbotson, and in the summer of 1952 she made her first appearance at the White City, London. Competing in the senior 100 yards at the WAAA championships, she made an eye-catching debut in more ways than one. She not only clocked 10.9 to win the final – but did so without wearing any shorts! Her school shorts were too long and thick, and also lacking a running vest she just ran in her knickers and an Aertex shirt!

This victory ensured her selection for the Helsinki Olympics. Eliminated in the quarter-finals of the 100 metres after finishing 5th in 12.3, she gained ample compensation by anchoring the Great Britain squad to a bronze medal in the 4 x 100 metres relay, combining with Sylvia Cheeseman, June Foulds and Jean Desforges for a time of 46.2, a new British record. She had won her first Olympic medal at the age of 19 and later recalled “such a great feeling of achievement and pride in representing my country and being part of a team”. Her return home was suitably triumphant: the local girl made good, she toured the villages around Sheffield in an open-topped sports car.

Resuming college life, she missed nearly all the 1953 season after breaking her kneecap playing hockey. However, despite having no coach and with little time to train due to her studies, she showed admirable resolution to return to peak condition, running a British record of 10.9 for 100 yards and winning a place in the GB team for the 1954 Empire and Commonwealth Games in Vancouver, Canada. Here she reached both sprint finals (finishing 6th in the 100 yards and 5th in the 220 yards) and gained a silver medal as part of the England 4 x 110 yards relay quartet (46.9). While waiting for the relay to start, Heather had witnessed one of the most harrowing episodes in athletics history as marathon runner Jim Peters, suffering from dehydration and sunstroke, staggered around the track and fell several times before collapsing just short of the finishing line. Later that year, she competed in the European Championships in Berne, Switzerland, finishing 6th in the 100 metres final (12.1) and 4th in the 4 x 100 metres final as part of the Great Britain relay squad.

Now working as a PE teacher in North Hykeham, near Lincoln, Heather was again troubled by health problems in 1955, a slipped disc in her back bringing her season to a premature end. However, she made a full recovery after manipulation treatment and, in 1956, teamed up with Jack Murphy, a coach at Lincoln Wellington AC. In training sessions at a local cricket ground, Murphy worked on her knee-lift and starting technique and encouraged her to relax more. This new approach soon paid dividends as she came 3rd in the WAAA 100 yards final to secure a place in the Great Britain squad for the Melbourne Olympics.

Superb form in the early rounds of the Olympic 100 metres

Here she started the 100 metres competition in superb form, winning her heat in 11.5 (just 0.1 outside the new Olympic record, set by Betty Cuthbert in the previous heat) and, later the same day, finished 2nd in her semi-final (11.6). However, she ran disappointingly in the final the following day and could only manage 6th place (12.0). The wait for the final had unsettled her and she was unable to give her best. She explained recently: “I was completely overwhelmed by my times and having made the final. The longer I waited for the final to come, the less confident I became”.

Nevertheless, as in Helsinki four years earlier, the 4 x 100 metres relay would compensate for a below-par run in the individual 100 metres. After superb runs by Anne Pashley, Jean Scrivens and June Paul (née Foulds) in an epic final, Heather took the baton on the last leg a metre behind Australia’s Betty Cuthbert, the newly crowned 100 and 200 metres Olympic champion, and chased her all the way to the line, finishing only half a metre down to take an excellent silver medal. Both teams smashed the previous world record of 44.9, Australia winning in 44.65 to Britain’s 44.70.

Now Mrs Frank Young after marrying a fellow teacher, Heather carried her fine form into the 1957 season, breaking the British record for 220 yards with 24.2 and equalling the 100 yards mark of 10.8. That first record came at the WAAA championships, where she completed a notable sprint double by taking the 100 yards crown in 10.9. She retained the furlong title in 1958 and finished runner-up to an emerging young sprinter, Madeleine Weston, in the 100 yards, earning selection in both these events, plus the 80 metres hurdles, for that summer’s Empire and Commonwealth Games in Cardiff. In the 100 yards final there, she broke the European and British All-Comers’ records by clocking 10.6 but was edged out for the gold by Marlene Mathews-Willard (Aus), who recorded the same time, and then claimed bronze in the 220 yards in a personal best of 23.9. After finishing 6th in her new event, the 80 metres hurdles, despite hitting a hurdle, she teamed up with Madeleine Weston, Dorothy Hyman and June Paul to win 4 x 110 yards gold in World-record time (45.3), Heather bringing the baton home for England ahead of Australia’s Mathews-Willard. Heather recently described winning gold and the defeat of the World record holders as “a dream come true” and breaking their World record as “the icing on the cake”.

With a full set of Commonwealth medals, Heather went into the European Championships in Stockholm three weeks later full of confidence. After winning her 100 metres heat and semi-final, she gained an extra boost before the final when, out of the blue, she was presented with a sprig of “lucky” white heather by an elderly Scottish admirer who had watched her train at Greenock Morton FC during the summer and lavished boxes of chocolates on her. Determined to win (“I’m not going to be beaten” were her thoughts at the time), she made a typically fast start and maintained her lead to the line, coming home in 11.7 to defeat Vera Krepkina (USSR), a future co-World record holder in the event. Heather had made history: the first British woman to win an individual track title at the European Championships.

In 1959, she changed jobs and moved from Lincolnshire to Manchester. The demands of teaching in a deprived area (Wythenshawe) left little time for training and she competed only once that season, finishing last in the 100 yards in a Great Britain v Poland match. She retired, aged 27, in April 1960. As she explained, “I wasn’t getting any slower but the younger girls were getting faster”.

Heather devoted the rest of her working life to teaching, spending over half a century in the profession, less a two-year break for the birth of her daughter, Alison. She taught PE until her mid-40s and then qualified as a religious studies teacher, working at both a Church of England and a Catholic school. She also taught reading and phonics to special needs pupils before a late career change led to her coaching young athletes at a private school, Ditcham Park, in Hampshire, where she guided her team to a district championship. An extremely long and highly successful teaching career finally ended when she retired, aged 72, at Christmas 2005.

Now married to John McClelland, a former footballer with Manchester City and Queen’s Park Rangers, she enjoys a busy retirement on Hayling Island, Hampshire. A grandmother of three, she exercises daily by walking and doing aerobics and plays an active role in her local church.

As Heather Armitage/Young she was one of the early heroines in a golden age for British women’s athletics, winning an historic European title at 100 metres and helping to set a 4 x 110 yards World record. Her achievements raised the profile of British sportswomen and helped pave the way for the double Olympic glory of 1964 that ended Britain’s 32-year wait for a track and field gold medal from its female athletes. 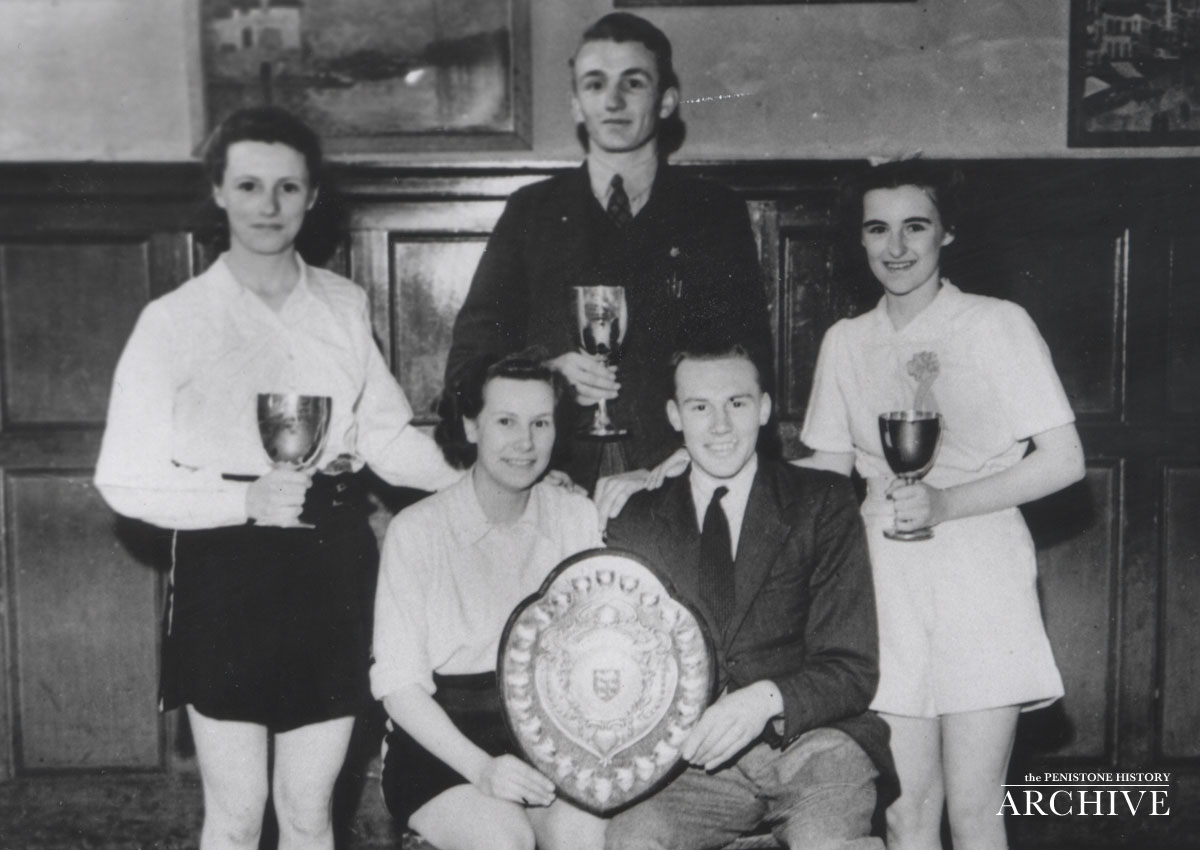 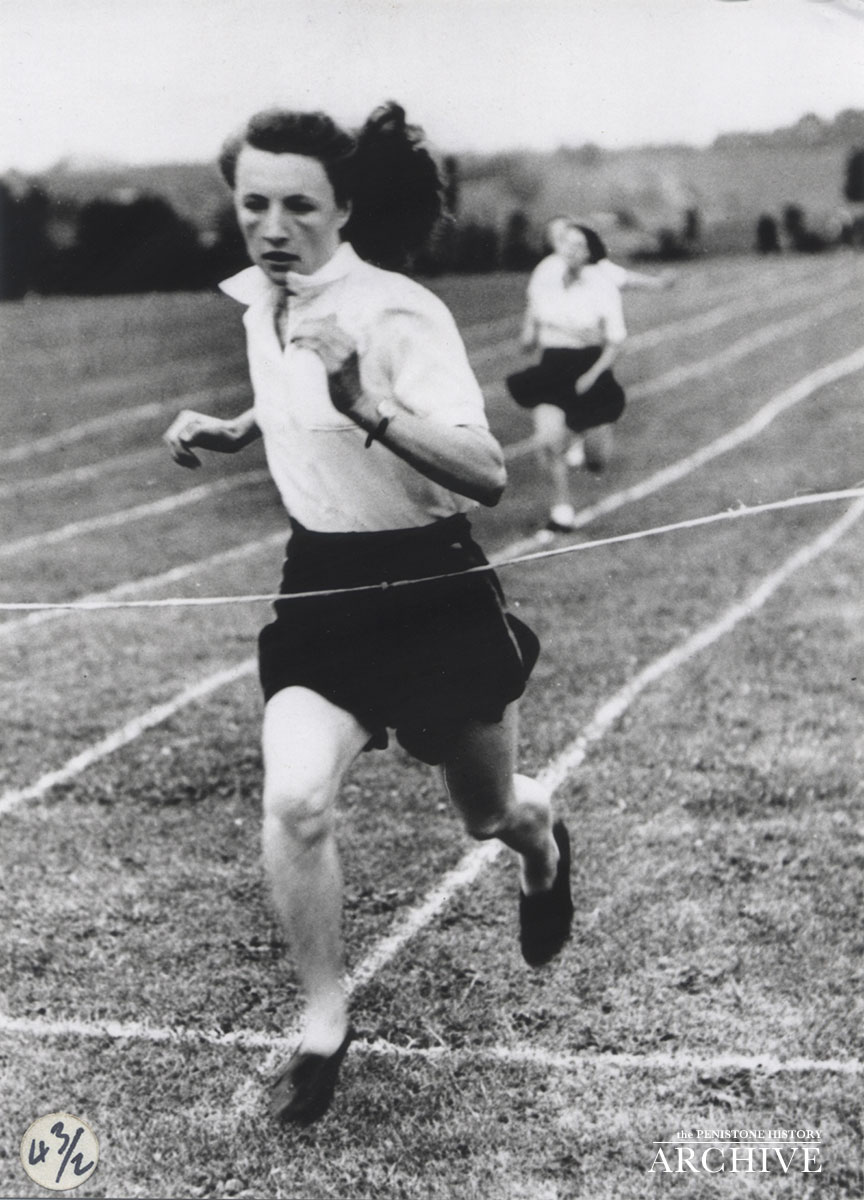 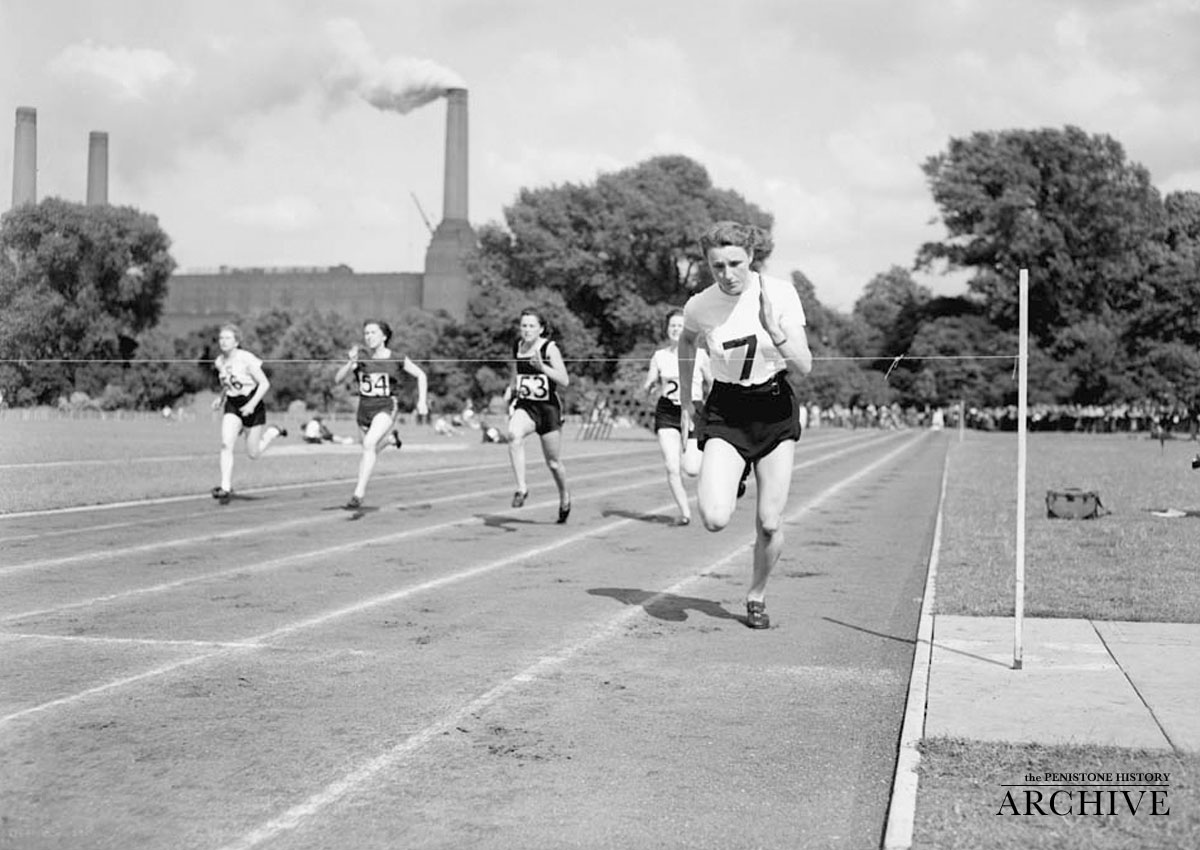 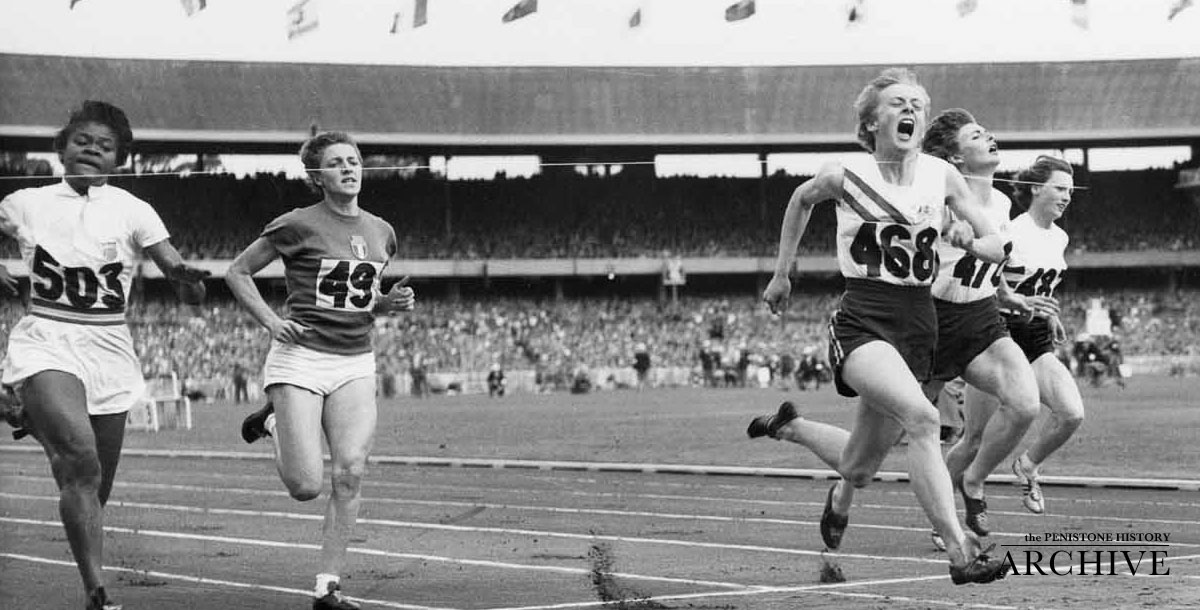 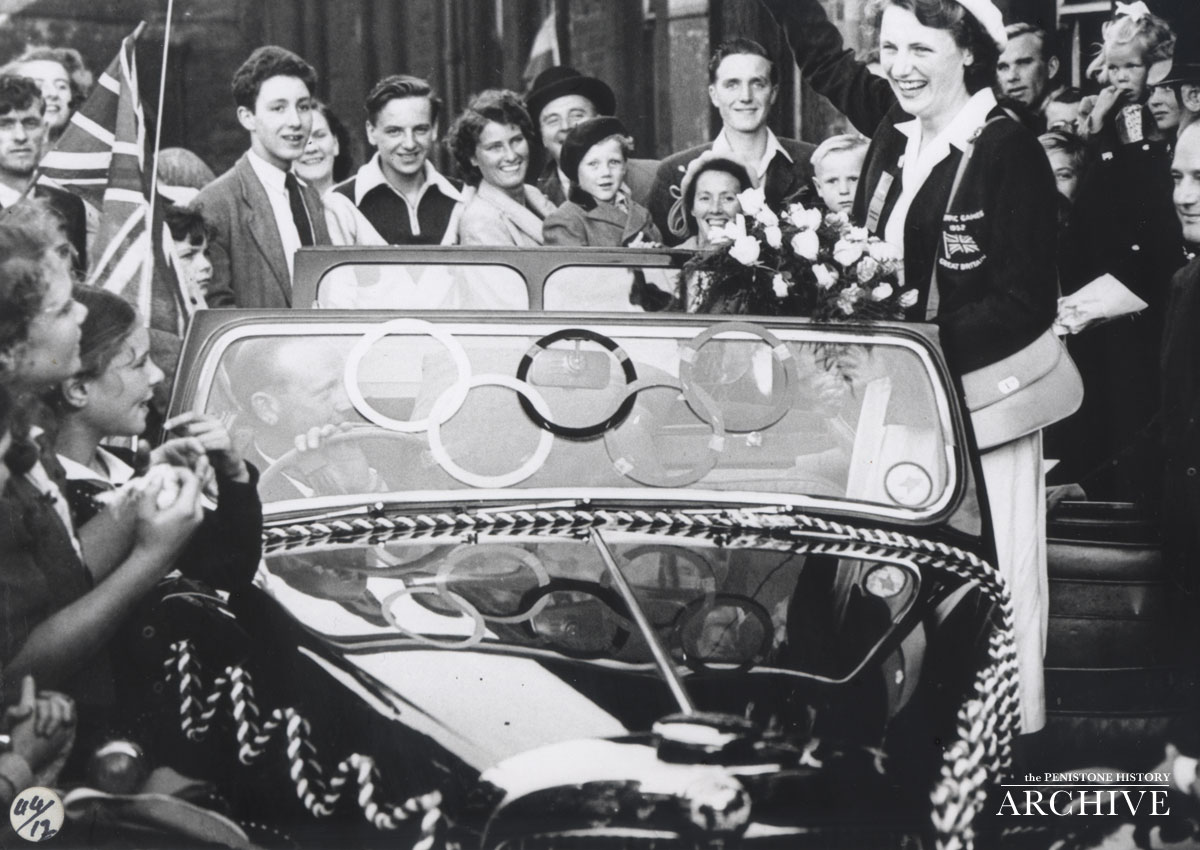 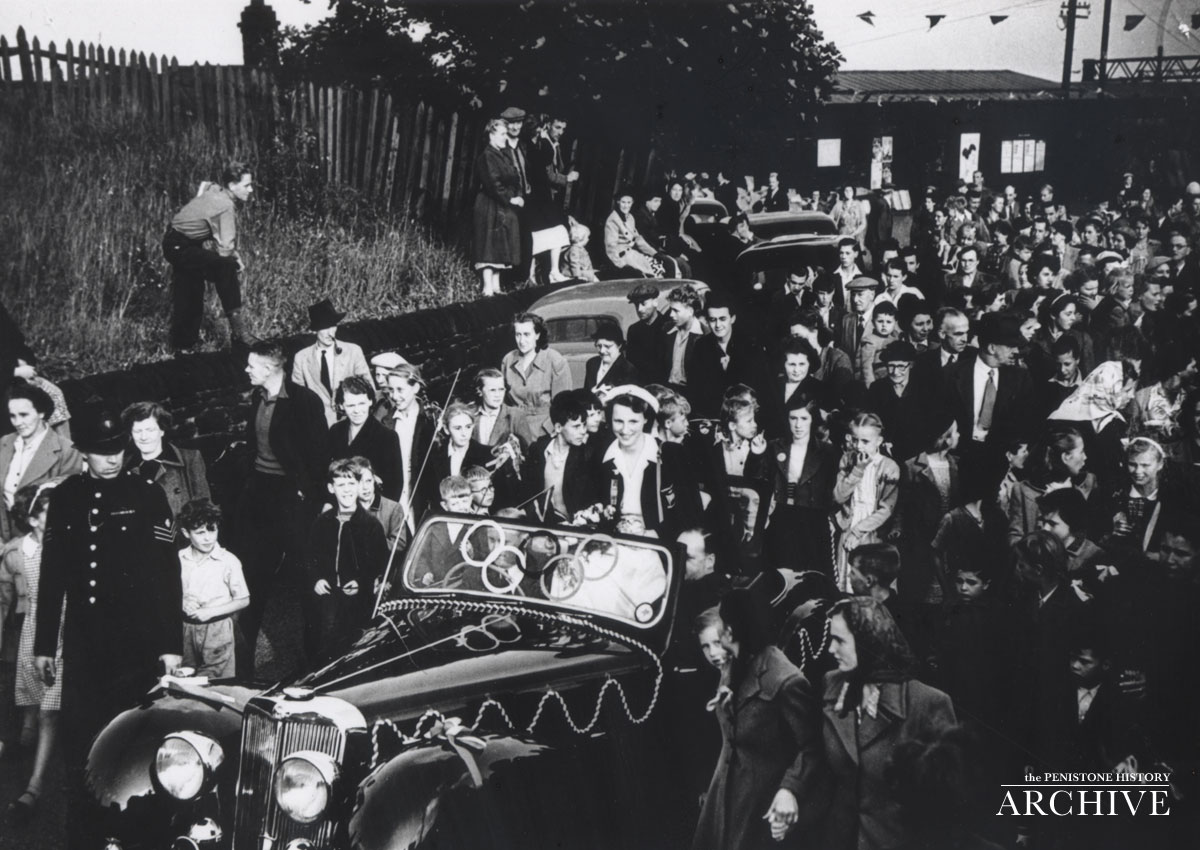 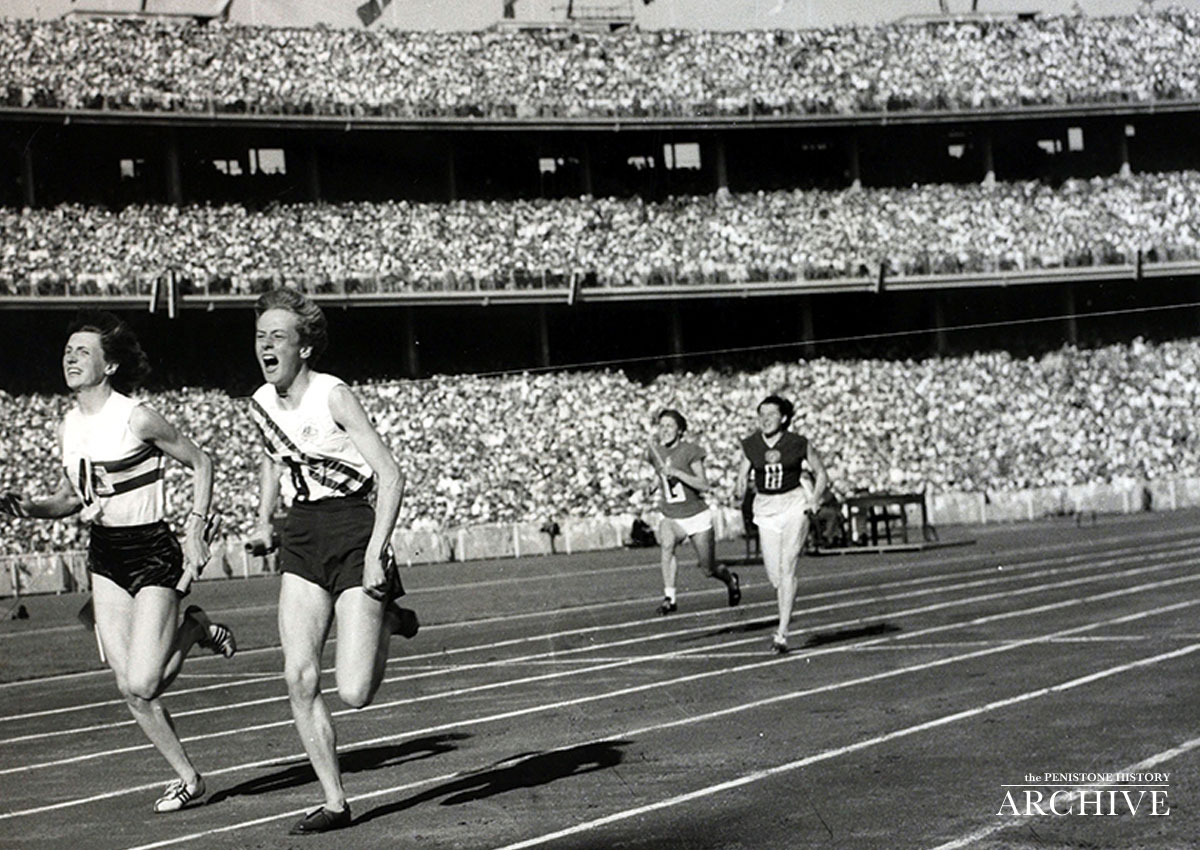 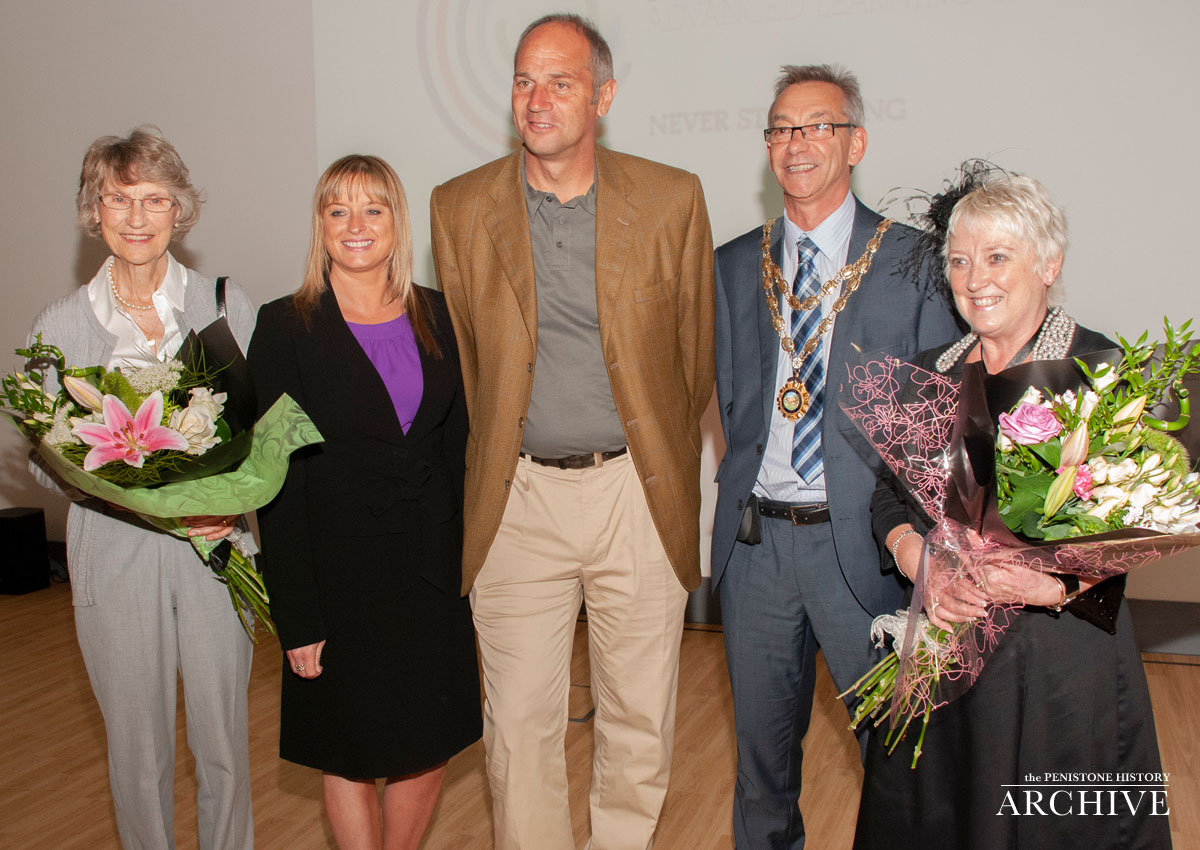 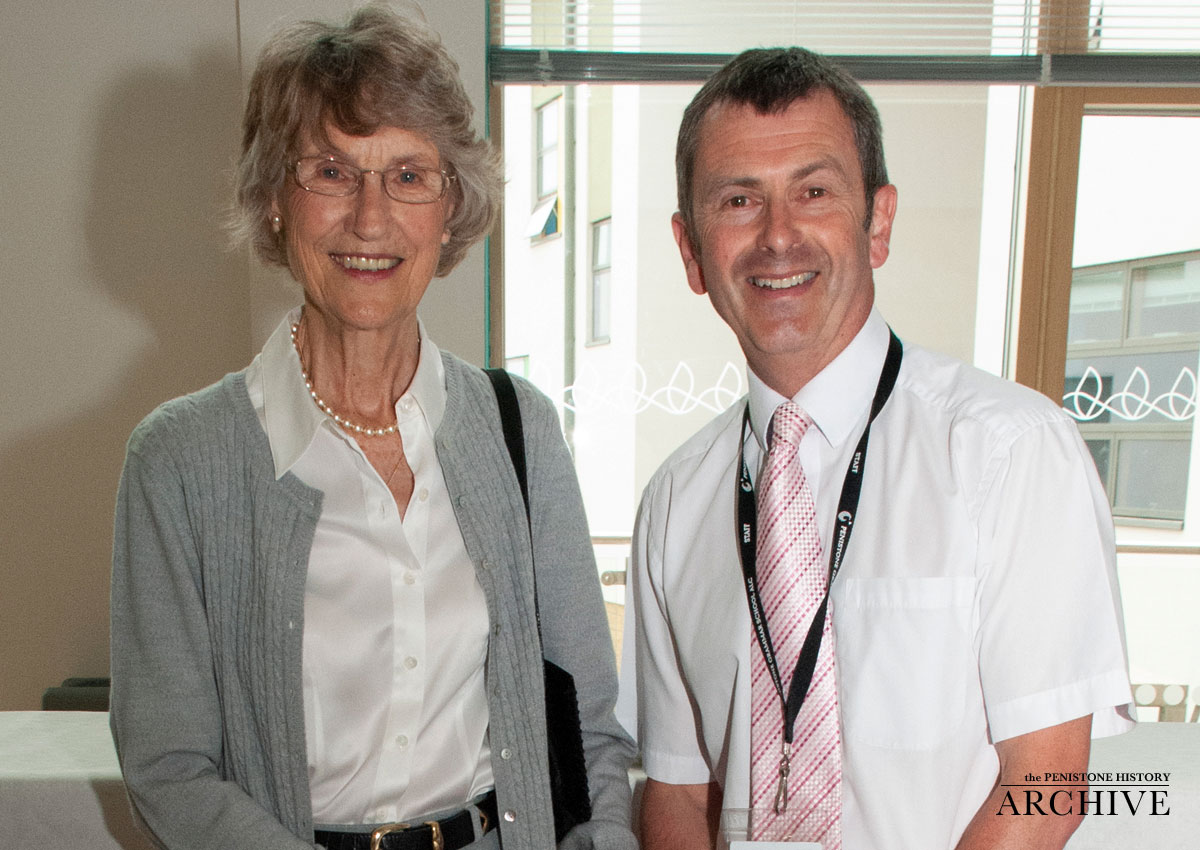