James (Jim) Ashton carried the nickname ‘Potoil’. He was one of the last official Town Criers, his bell was often heard at the announcements of the town events, which included crying the statutes for the council, and other local announcements. There were evening sales many of which were pot sales were held in Market Place in front of St. John’s Church.

Men know as “Cheap Jacks” came to town, their wares packed in straw-lined crates, being conveyed by rail to the station and from there by horse-drawn cart to the place of sale.

It was an eerie scene if such sales took place in the dark hours of winter, when paraffin flares were the only means of lighting, and the fumes given off  by these  primitive devices filled the air, and could never be forgotten by the many by-standers.

The Auctioneers were masters of sales technique, banging a temporary counter with a heavy stick, starting prices high, and knocking them down rapidly until would-be buyers thought they had obtained a bargain.

There was much good-humoured banter between sellers and the crowd, and the events brought a little colour to the town and a bit of remuneration to Jim “Potoil”.

It was thought that the pot sales had given him his nickname but the story was told by a lady that this was not so, and gave another explanation.

Water for wash days was heated by the set-pot, a large container with a fire under it. It could be made of stone or metal and when very hot the clothes were added and boiled clean. It was Jim’s job to light the fire under the boiler for his mother and keep it well fuelled throughout the day. Washday was a very important day of the week and usually a Monday.

If therefore Jim was approached by a client for his services on that day of the week the answer would be ” I can’t today it’s “pot-oil” day.  Jim lived in Fieldsend’s Yard which was at the back of the Spread Eagle. William Fieldsend owned the Spread and many of the properties which fringed the pub yard.

James Ashton’s mother was christened Keren-Happuch, but when asked to spell it, she could not, for she was unable to read or write, but always told the questioner that it could be found in the Bible in the last chapter of the book of Job, fourteenth verse, where they would find that Job had three daughters – Jemima, Kezia and Karen-Happuch.

Verger at Penistone Church during later years of Rev. Turnbull

He had been drinking one evening and as he left the public house he put his bells behind the bar and walked out – James Ashton was missing, we have four accounts of his later life and death

He went into Netherfield Workhouse.

He went into Hoyland Workhouse.

He walked out onto the moors and was never seen again.

In the 1920’s a commercial traveller, named Rouse, quite a ladies’ man, was being sued for breach of promise and this story is thought to have been his perfect get out.

He faked his own death by murdering a vagrant of his own stature, then setting fire to his own car with the body in it. He arranged this to be done on November 5th thinking the numerous other bonfires would cover his deed. He was seen leaving the scene and was brought to justice, the victim was never identified.

Could this have been James Ashton? It’s a mystery we may never solve.

Picture below, Netherfield Workhouse (c1960’s Grammar School 6th form) where Potoil may have ended his days. 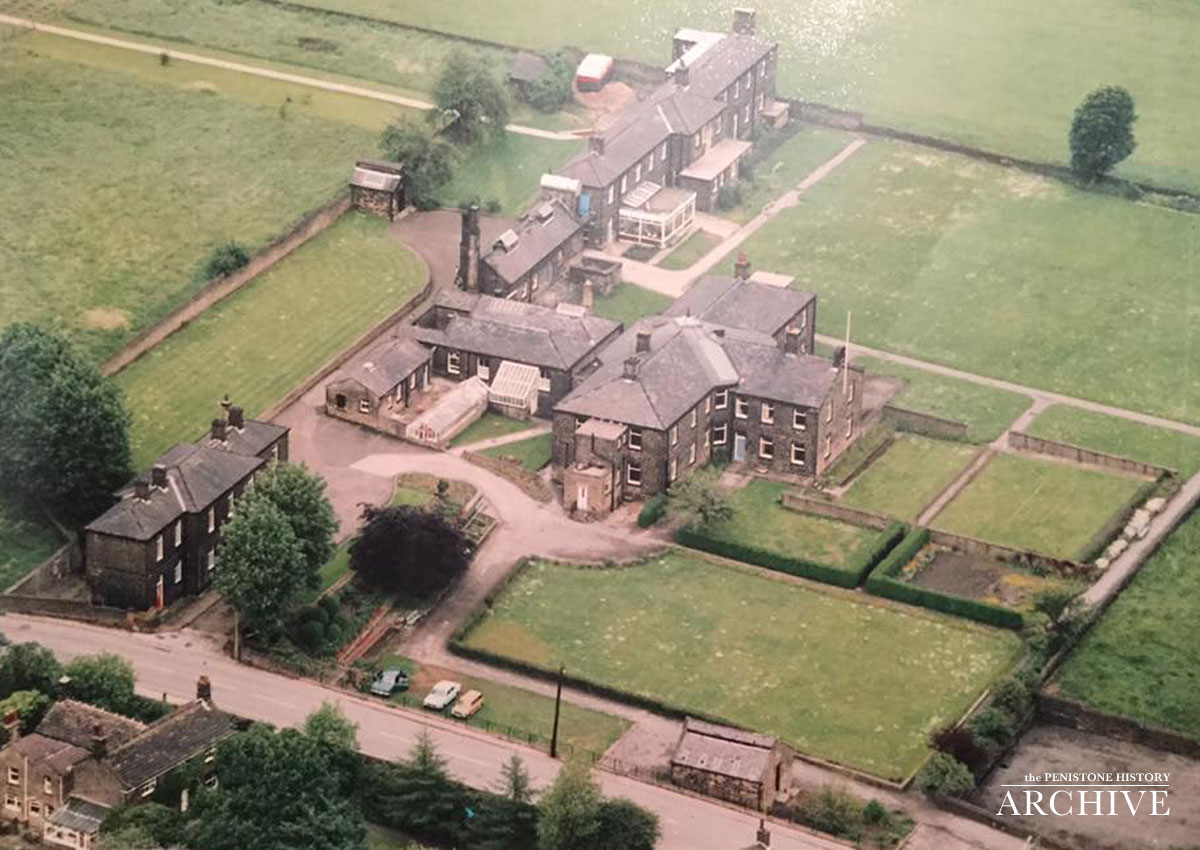