Since 1480 Underbank Hall had been owned by the West family, and it is interesting to note that the Hearth Tax Returns (a sort of property tax) for 1672 show Steven West having no fewer than five hearths at Underbank Hall. This was quite a status symbol for the time, bearing in mind that the otherwise more prestigious and altogether bigger Broomhead Hall at nearby Bolsterstone only boasted two hearths.

Underbank changed hands in the 17th century when Frances West and her husband William Fenton of Leeds, a big game-hunter, came to live there. There is on record a rather quaint custom of the early 18th Century which involved Mr Fenton. The 1722 Martinmas rental of Captain Bosvillie’s estate shows that Mr Fenton paid a “peppercorn” rent of one red rose for the privilege  of Turbary    ( i.e. the right to cut turf or peat for fuel) in Langsett.

The hall was occupied in the name of Fenton until, in 1839, William’s great-great-grand daughter, Jessey, married Major James Douglas De Wend, and introduced a third family name. Their son, William De Wend, assumed his mother’s maiden name in addition to his own, and the De Wend Fenton line continued with Michael West De Wend Fenton.

The Fentons were probably the first family locally to exploit on a large scale the valuable mineral resources (coal, fireclay, ganister) which were to be found in the Stocksbridge Valley, the very minerals which ultimately helped to sustain South Yorkshire’s steelmaking industries.

On 14 April, 1959, the Company ( Samuel Fox & Co.) purchased at auction the historical  Underbank Hall, Stocksbridge, from Michael West De Wend Fenton, for the sum of £4, 300. This dwelling place, which is in a most sheltered and well chosen position facing south-west, has been in the De Wend Fenton family since 1480. It has a good range of outbuildings, a natural water supply from springs, and a garden of lawns and terraces with a walled section for kitchen produce. The Company have done a considerable amount of restoration and modernisation work on the interior, with the object of using the HaIl for business purposes and as a guest house for visitors who, hitherto, have been accommodated, often inconveniently, in hotels in Sheffield or Derbyshire. This work has been done without in any way spoiling the appearance of the building from the front and the grounds have been tidied so as to present a pleasing view to the passers-by. On the occasion of opening the Hall as a Guest House, it was felt that as much historical materials as could be found and gathered together should be recorded. At the very outset, it must be said that little can be traced about the construction of the Hall and its associated farm. It is certainly a building of great antiquity. All the records which have been brought to light relate to its occupiers rather than its fabric. It is said that there has been a dwelling on the present site since 1480. There is a carved inscription on the panelling over the dining room fireplace giving the date 1594, which would seem to indicate that the present building is at least 360 years old. The family who relinquished this property in 1959 have a distinguished record and ancestry.

Although Underbank Hall looks relatively small from the outside, it is easy once inside to lose all sense of direction in the tight cluster of bedrooms. Redecorated in keeping with the original style, the six bedrooms have their own individual character. Some have the original glass still in the windows, while one bedroom in the oldest wing has delightful latticed windows. Many of the bedrooms in this part of the house have floors that have assumed a slope with age. The prime features of the dining room are the huge fireplace and the beautiful oak furniture which are steeped in the atmosphere of “Old England”. It is the “long” sitting room that guests to Underbank Hall will perhaps remember most. A comfortable room with a picture above the fireplace depicting a forging hearth, is significant to the steel industry, and is painted on wood. The downstairs has changed little over the centuries. However, at one time visitors would be welcomed, on entering, by the sight of a roaring fire in the hearth of the great hall. Now the hall has been converted into a dining room and a separate vestibule. Proof is provided by the oak panelling, which continues from the dining room into the vestibule bearing the date 1594.

Underbank Hall has now been returned to private ownership. 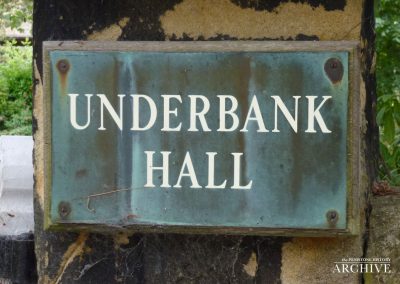 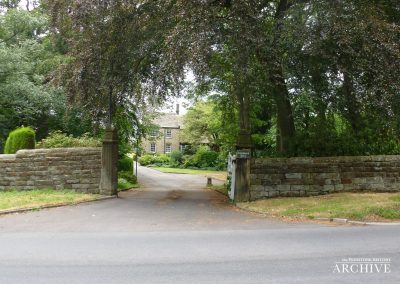 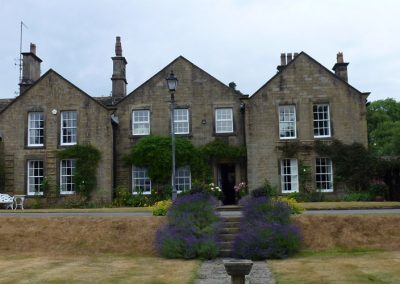 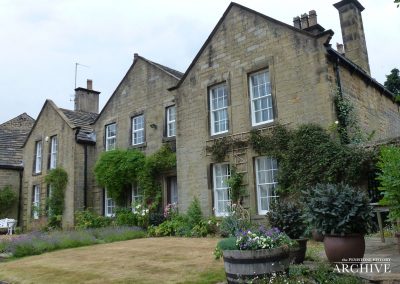 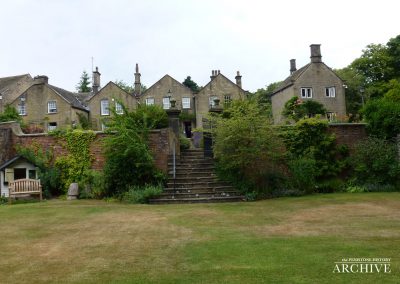 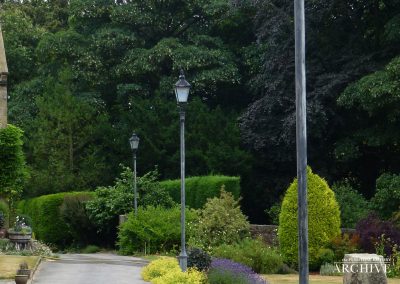 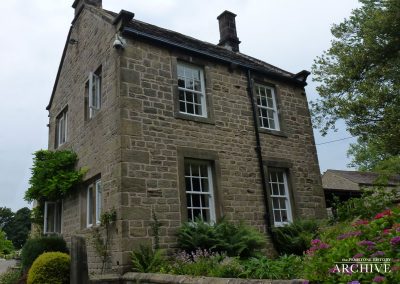