This name has its origin in the river that runs through it – the River Don or as it used to be called the River Dun, so named because it ran brown from the peaty moors where it  arose. It is the highest reach of the river that could be forded. A later bridge gave it the new name of Dunford Bridge.

This hamlet survived on agriculture, specifically sheep rearing on the moors. A public house, the Spencers Arms, was built in the mid 19th century as a shooting lodge for the very wealthy Spencer-Stanhope family that lived at  Canon Hall Cawthorne. The moor proved fruitful for the grouse hunters that went there. There are still the remains of shooting butts that can be seen on the moors near Windscar Reservoir together with 1 or 2 of the ventilation shafts which were used to access the 2 Woodhead tunnels.

With the coming of the railways in the 1850s Dunford had its own station. It also was a transformed community when navvies were housed there in  ‘tin-town’ a collection of squalid huts. The navvies had a hard life whilst digging the Woodhead Tunnels in the mid-19th century. The tunnels, when completed ran over 3 miles under the moors and revolutionised the travel time between Dunford and Woodhead on the Sheffield-Manchester line. ‘refer to Richard Wright’s work on the Lost Navvies of Woodhead on behalf of Penistone Archives’.

The lines were electrified in the 1950s in a new age of ‘Clean Technology.’ The line ceased to be used in the early 1980s. It had now become part of the Trans Pennine trail which runs from Humberside to Manchester and beyond.

More recently the huge Windscar Dam was built above the village and again there was an influx of workers, but this time using power tools, not the pick and shovel of the old navvies. Despite its relatively newness the dam wall has suffered from constant leakage. This was finally fixed by the installation of a huge waterproof membrane and high pressure cement injections. This was completed in the 1980s.

In more recent times one of the Woodhead Tunnels was used to install high tension electricity cables the carry power to Manchester as part of the National Grid. 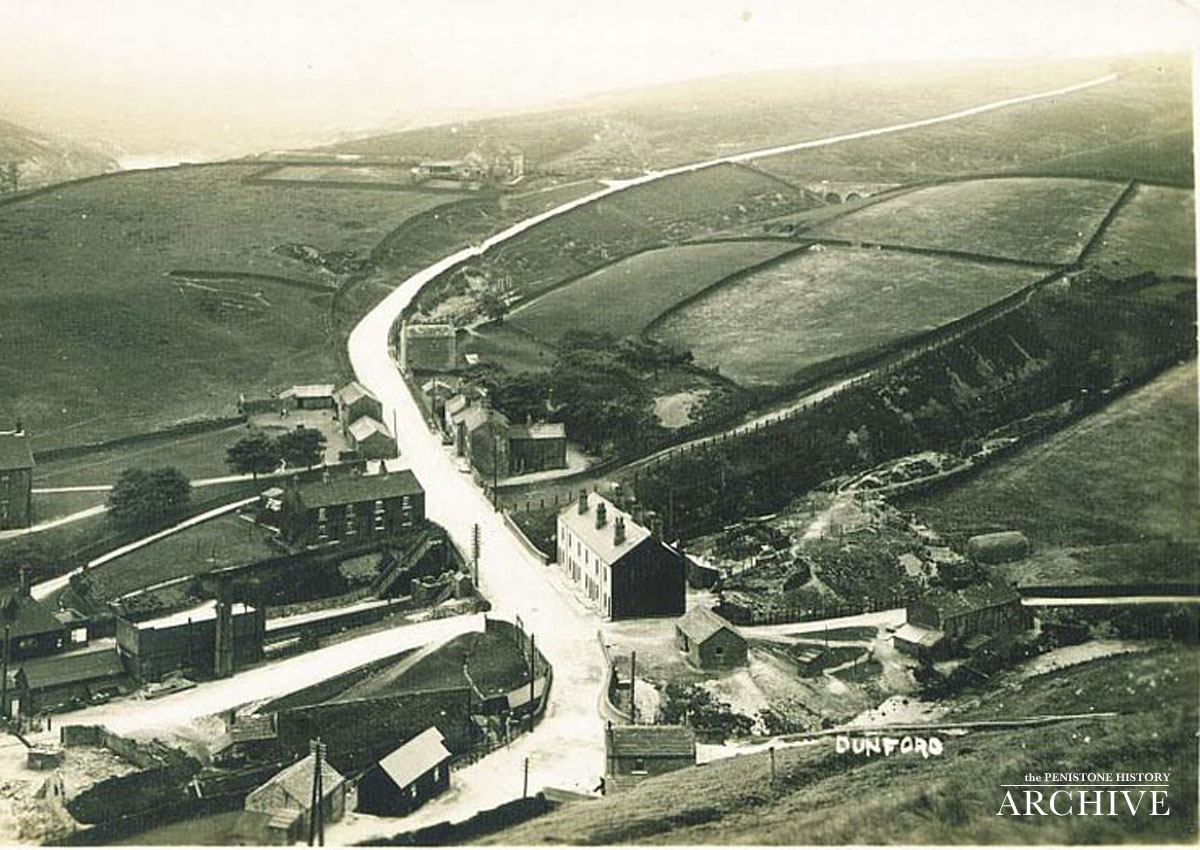