The origin of this strange name means ‘Wicga’s land at the confluence of two streams’ in Anglo-Saxon. It is now a very small place with two farms and three houses. It is located near to Broomhead Moor.

There was once a beautiful Elizabethan Hall called Wigtwizzle Hall. The date above the door was 1610. It was built of dark stone, probably millstone grit, and was tiled with huge stone slabs. There were 3 rooms on the ground floor. There was a pantry and a cellar. The hearthstone was a huge stone slab. This was washed every day and milk used to produce a polished smooth surface. The walls were a yard thick. Windows were very small, no woodwork used with 6 or 8 panes of glass. There was little light inside, but the small windows prevented too much heat loss in winter. The largest room downstairs held two chests of drawers, each a yard wide, a grandfather clock and a long settle. There was also two large tables. The ceilings were low with a ‘bread real’ to put cooling bread on. The parlour was the smaller room. The kitchen was not large, with a long stone sink and a water pipe to a stream. The water was clear and icy cold. The kitchen had several benches and a back – stone for cooking. The floor was washed every day and sand laid down. The bedrooms were quite ordinary, the floors being made of heavy dark oak. The Hall itself was two dwellings, both occupied by farming families.

The Hall was demolished in 1936 and the stone was used to construct a reservoir nearby. 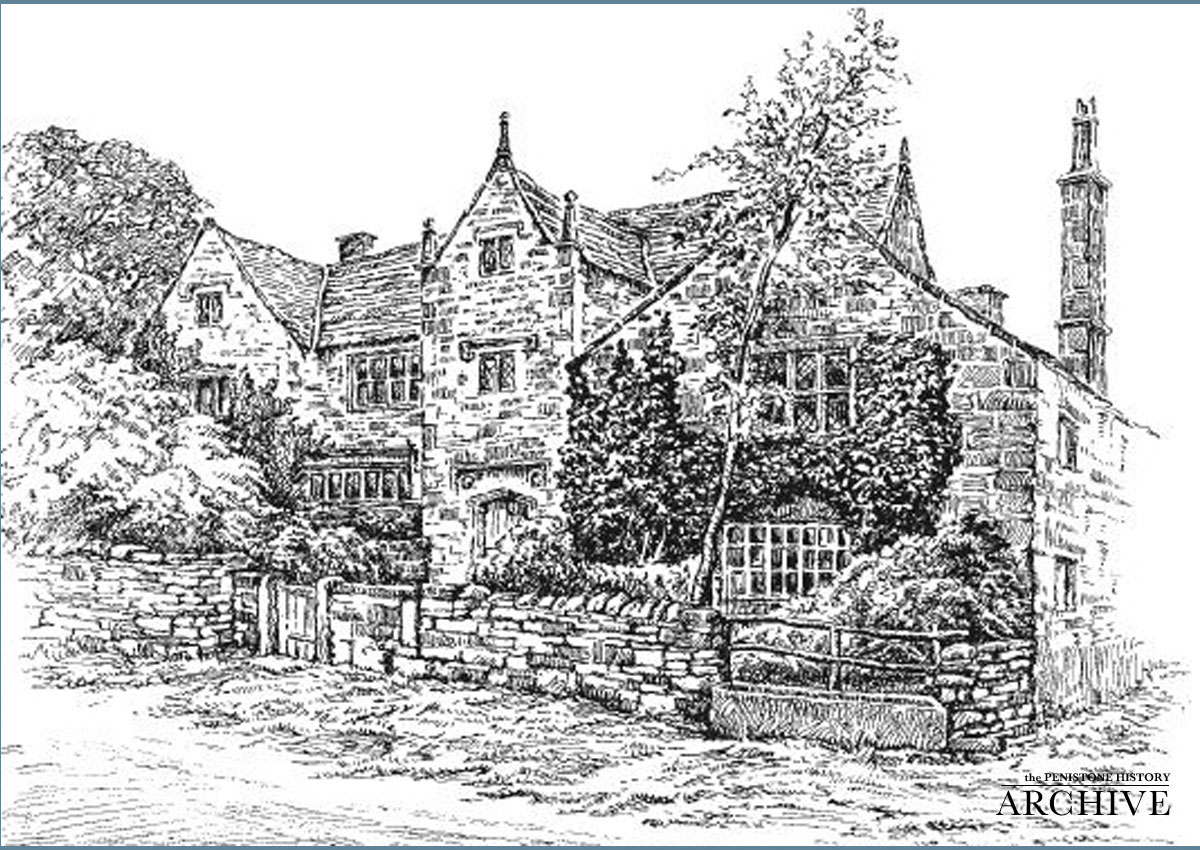