Langsett is a small upland village, designated a conservation area. It is in the valley of the Little Don or Porter river. The moorland surrounding Langsett is in the Dark Peak area of Millstone Grit. The moors themselves are a mosaic of blanket bog and dry heath, one of the world’s rarest habitats.

Langsett is not mentioned in the Doomsday Book, but is referred to in 1190 as a manor owned by Kirkstead Abbey in Lincolnshire.

The oldest building still complete is the Barn, now a tourist information centre  for the National Trust.

Agriculture was supplemented by coal mining and stone quarrying. Sheep farming is prevalent on the moorland. Swaledales are the favoured breed for their hardiness on the moors all year.

The Descent of the Manor of Langsett, otherwise known as Longside alias Penisale or Penesdale Mere (land boundary). There are various spellings of Penisale AD 1284 Penniggeshal, 1290 Penisale. The meaning is generally accepted as a long thin wood, possibly on the side of a valley. It may also be a personal name of land owned by Pening. There is an Old Norse name of ‘Penni’ and a Middle English variation of ‘Peny’.

All the land around here was held by a Norman de Laci after the Norman Conquest.  John de Carlton granted the manor of Penishale to Elias de Midhope in 1284 . The Abbot and Monks of Kirkstead in Lincolshire were once in possession of Penisale . Then Elias de Midhope acquired the whole of Langsett during Elizabeth 1st reign. The land is mainly used for agriculture. The hamlet of Langsett eventually became held by the Bosville family who require twice yearly gifts. In the case of Langsett this was a snowball in Mid-Summer and  red rose at Christmas. Others paid in arrow-heads, arrows and pairs of Gloves. This is recorded in John N Dransfield’s History of Penistone and in Extracts from Old Estate Books of the Bosvilles of Gunthwaite Hall.

Was opened in 1875 as was the village school.

The Waggon and Horses

Built in Victorian times, this inn soon became known as Billy Greens locally, after the popular landlord. Mrs Green’s famous generous ‘Ham and Eggs’ teas at the Inn are part of Victorian history of Langsett.

Langsett is an ideal location for reservoirs for Sheffield, Doncaster, Rotherham and Barnsley, funded by these local corporations. The first reservoirs were being dug out in Langsett, Midhope and Underbank in 1889. They were officially opened in 1904.These proved a valuable resource for Sheffield’s heavy industries and many villagers then worked for the water companies.

In the early 1980’s work started to replace 2 older treatment works at Langsett, being finished in 1985.

Have been used for grouse shooting for over 100 years, a very popular past-time in Victorian times. The income from Grouse shooting led to improvements in the management of the moors. The bogs are vast reservoirs of captured carbons (16 to 20million tonnes) an important element in reducing the pace of global warming.

Members of the Dambuster Squadron used the reservoirs for bombing practice. Steel towers and chains were erected above the reservoirs, together with a smoke screen installation. Guns were brought in, managed by 5,000 troops. The moors  were also used to practice for the D Day landings. Tanks were unloaded via a special ramp at Penistone railway station and taken to Langsett moor. Heavy concrete pads can still be seen on the Tank Track at Midhope. Bridges were reinforced. Tanks could fire across the reservoirs as the whole moorland was taken over by the army. Many of the tanks were American. Many remains of armament, live and used have been found since on the moors. [refer to a new book by John Ownsworth on World War II and the Langsett area].

Langsett is a village and civil Parish near Penistone, South Yorkshire. In the 2011 census it is recorded the population was 222. As Penisale, it received a market charter (weekly on Tuesdays and an annual 3 day fair) in 1290 and it was 1307 before Penistone got its market charter. The Payne family eventually owned Langsett. The village now lies divided by the Stocksbridge bypass, a very busy road linking the M1 with the Manchester Road A628.

In the 1980’s a major piece of civil engineering led to the opening of Langsett water works a modern filtering system. The reservoir at Langsett has proved an important feature in the development of industries in nearby cities, Sheffield and Rotherham in particular.

Langsett has a flourishing Parish Council and has its own web site for up to date information on the village. 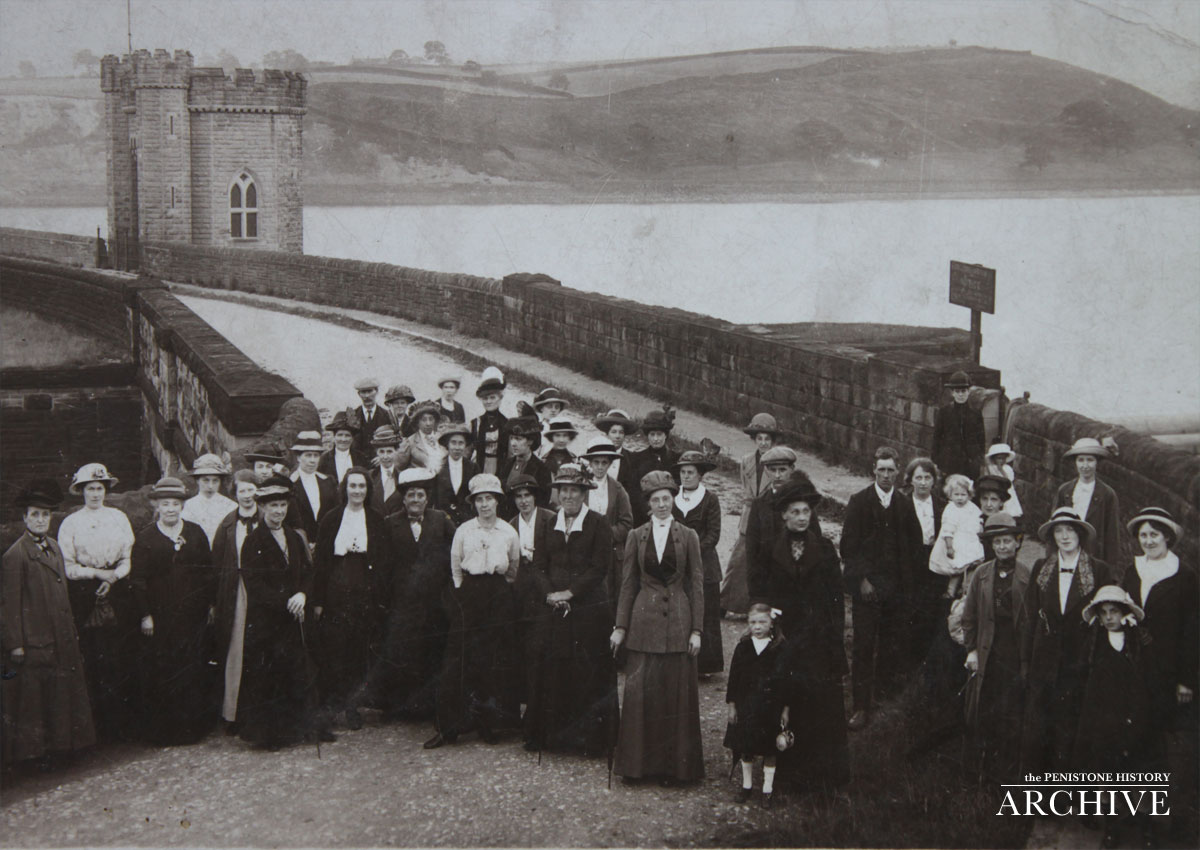