Hepworth is a small village to the southeast of Holmfirth and southwest of Jackson Bridge in West Yorkshire, England. It is in the metropolitan borough of Kirklees and the parish of Holme Valley.

Although it started as a fairly small hamlet it has grown considerably through the 1980’s and 1990’s with new housing and small businesses. It has been extensively used as one of the locations in the BBC’s long-running comedy series Last of the Summer Wine, much of which has centred on the village pub the “Butchers Arms”, which provides a central meeting place for the village residents.

Hepworth is an Old English place name coined sometime between the Anglo-Saxon migrations to England from continental Europe, beginning about 450 A.D., and the Norman Conquest in 1026. Two towns in modern England bear the name Hepworth, one in Suffolk, one in West Yorkshire. First cited as Heppeuurd in the Domesday Book (1086), as Heppewrth (1274-1308) and Heppeworth (1313, 1323) in the Wakefield Court Rolls, and as Hepworthyn in Ministers’ Accounts (1462, 1492, 1540-41), the modern spelling of Hepworth as written today did not become permanently fixed the 19th century. Scholars of English place-names agree the word has two key elements: (1) an Old English personal name Heppa and (2) the Old English word worð, meaning “enclosure.” Taken together, they denote “Heppa’s enclosure” or possibly “the farmstead of Heppa.”

As Joslin Fiennes notes in The Origins of English Surnames (2015), the practice of people distinguishing themselves as individuals by an inherited family name evolved mysteriously but partly from necessity. Land-owning Normans as early as the 11th century began to add personal names to the names of their most important holding, a custom that spread throughout the English feudal system where every man of any station owed service to his lord, and his lord needed to a way to distinguish among his many servants in order to collect taxes.  Even serfs, for a price, could inherit a tenancy. Consequently, in order to distinguish themselves, some people took place names for their family names just as others took occupational names. Eventually John de la Heppeworth or John of Heppeworth or Alice de Heppeworth become simply John Hepworth or Alice Hepworth. Eventually, too, of course, the surname Hepworth lost its strict association with the place it signified. Regardless, because the Hepworth surname is still found mainly in Yorkshire, scholars consider the town of Hepworth in West Yorkshire to be the likeliest source for the original surname name.

Many thanks to James R Hepworth Ph.D. Professor Emeritus of Humanities for this section.

In medieval times the wool trade was the chief source of employment. During the fourteenth century Hepworth was in the parish of Kirkburton, which covered around fifty square miles it incorporated the townships of Wooldale, Cumberworth, Cartworth, Fulstone, Shepley amongst others. In the fifteenth century a church was built at Holmfirth and during the Civil War a petition was submitted asking for Holmfirth to be made a parish in its own right. The petition was granted by Minister Gamaliel Abraham in 1651. Hepworth and its neighbour Scholes thus became part of the parish of Holmfirth.

In 1665 – 1666 the Great Plague struck England. It brought devastation in London, then spread across the country. Hepworth was the most northerly point that it reached. According to local legend it is supposed to have come in on cloth brought from London.

In an effort to save the village the residents split the village into two parts at Barracks Fold. Those that were infected remained isolated from the world, in one half. Thirteen of the residents died from the disease, which was a considerable percentage of the population in such a small village and thirteen trees were planted to remember them. The trees still stand today by the local football pitch. Two subsequently fell down and in 2004 replacements were planted at a small ceremony by Parish Councillor, Ruth Jackson. The end of the plague in Hepworth is still commemorated on the last Monday in June every year with Hepworth Feast.

In 1777 a mighty storm caused the River Holme to swell and flood over its banks in Holmfirth, sweeping away people and property, including the parish church. It was rebuilt in its present state a year later with funding from local clothiers. During this period Wesleyan evangelicals were active in the Holme Valley and Hepworth. They encouraged the local residents to demand that church services be held at the Old Town School. This led to Hepworth becoming a separate parish. In 1863 Holy Trinity Church was consecrated by the Bishop of Ripon further boosting spirituality in Hepworth.

In 1822 Thomas Langdale recorded a population of 1,048 for the township of Hepworth.

Hepworth has a range of events on a regular basis they are mainly arranged by the Hepworth Community Association or the local church. These include:-

Hepworth Feast is held every year on the last Monday of June. It commemorates the end of the 1665 Great Plague in Hepworth. Traditionally a pig is roasted and this is now done by The Butchers Arms pub during the evening family gathering in the village. During the afternoon a procession of villagers walk from Hepworth to Scholes and back, in a circular trip, accompanied by Hepworth brass Band. The local school children are given a tea after the procession and in the evening the children take part in races at the Recreation Ground. Prior to 2004 the feast had degenerated into an event to get drunk at. However since then the Hepworth Feast Committee have sought to make the event more family oriented. They have introduced stalls for children on the main street, including some more traditional Punch and Judy, coconut-shies and magicians acts. There is also an exhibition of historical photographs from Hepworth in the Village Hall.

Hepworth Garden Trial is organised by Hepworth Church and held every two years during early July. Selected gardens in the village are opened to the public. Those that can be viewed are marked on a map of the village. Many of the gardens listed feature plant stalls or sell refreshments. 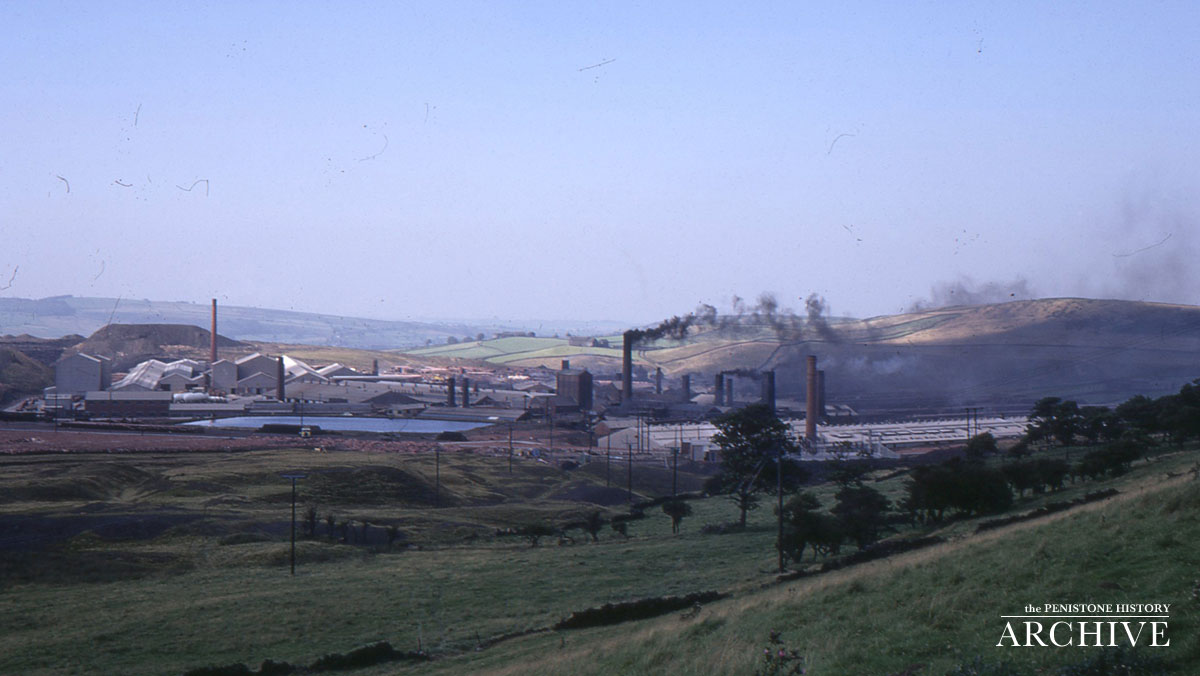 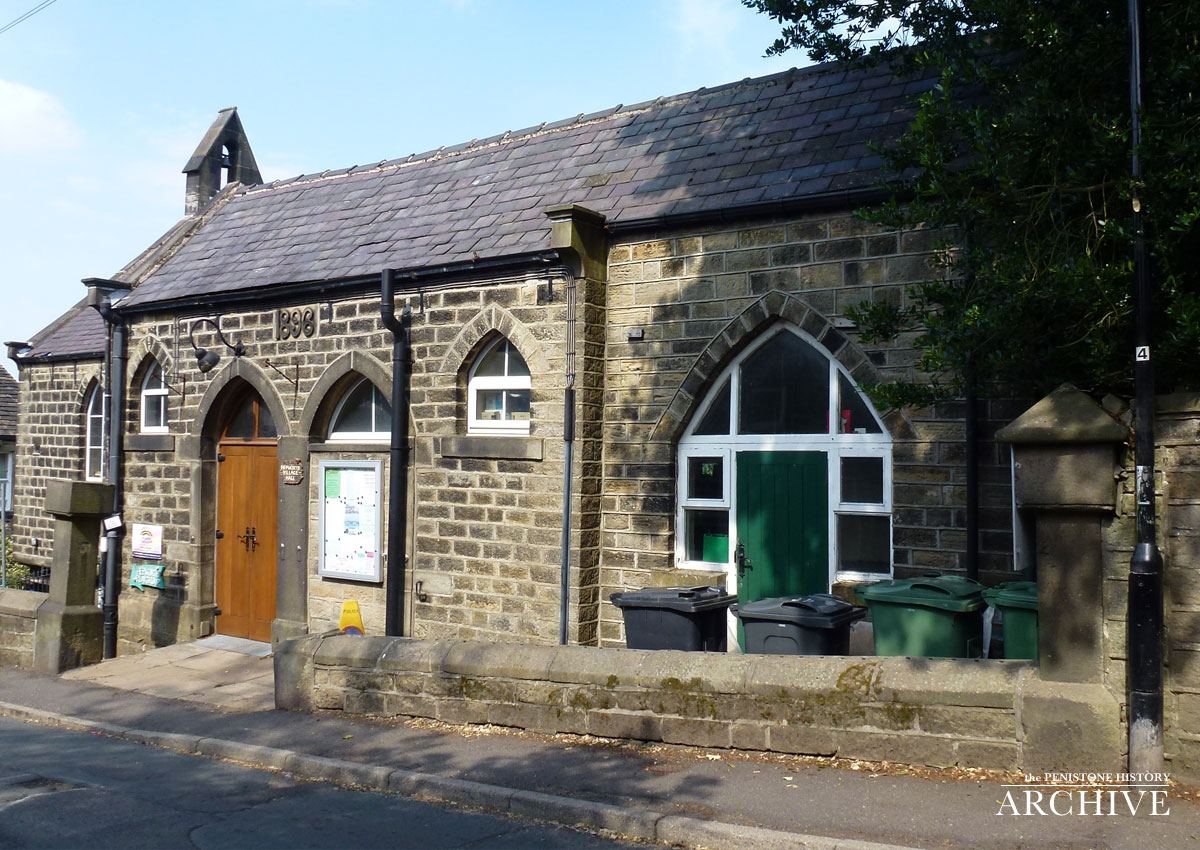