Millhouse Green is a village on the north banks of the River Don on the A628 road west of Penistone in the English County of South Yorkshire.

Administratively, Millhouse Green forms part of the Metropolitan Borough of Barnsley and Penistone civil parish. The village falls within the Penistone West Ward of the Barnsley MBC.

Millhouse Green is home to the expected amenities of a village of this size. The Post Office has been replaced by a general grocers. as well as another small shop near the centre. There is also the Millhouse Institute, a village hall which plays host to small events and has a crown green bowling ground at the rear. There is also a pub, the Blacksmiths and nearby are Windmill Nurseries and Avid Farm Shop which both have cafes. Until recently, Millhouse also had a 4×4 dealership which had previously been a petrol station. This was cleared for construction and is now replaced by two detached stone houses. The bungalow at the rear was built by Stanley (Stan) Mitchell who had lived there for many years and was well known in the village. He and Mr Kaye from the village butchers used to go to the Fountain Inn at Ingbirchworth every Christmas to sing carols. This village was a well known location for male voice choirs.

The village is home to Millhouse Primary School a small, mixed primary school. It has from 80 – 100 students depending on the time of year, due to staggered intake.

A development of around 200 homes was planned for the village, with the building work being split between Cala Homes and another developer. The site selected was the old factory grounds for Hoyland Fox, an umbrella frame manufacturer and was renamed Springfields. The construction was placed on hiatus owing to the global financial crisis, but was finally completed in 2013

Also in the 1990’s a few social houses and flats were built by the Anchor Housing Association at the far end of Royd Avenue.

This is the surviving pub of 2 that used to serve Millhouse Green. The other establishment was opposite to the Blacksmiths and is now part of a row of cottages on Manchester Road. It was called the Dusty Miller and there are photographs of it in its heyday in Penistone Archives in the Millhouse Green section.

In Victorian times a notorious murder took place here (there is the story of this and photograph of the gun used on the wall of the current Blacksmith’s Arms – this story is also told in ‘Black Barnsley’ a book on the dark days of Barnsley and district). The Landlord was said to be a heavy drinker. On the night of September 3rd 1888 he took a rifle out and shot dead his domestic servant (maid) Margaret Hill the daughter of a Bullhouse labourer (later found to be pregnant, presumably by said Landlord).

He was tried for murder, but in exceptional circumstance he was not hung. The Judge took account of his mental state – he was said to be a ‘dipsomaniac’ i.e. frequent drinker. He was sentenced to a period in an asylum. This was a forward looking decision before psychology became a routine part of criminal cases!

He served his sentence and was pronounced cured by the Asylum authorities. He was freed and re-joined society.

In the past, before steam power, there were 13 water mills between Bullhouse and Thurlstone. There were at least 2 in Millhouse Green. The remaining mill is behind what used to be the village post-office and is now a private dwelling. The Rich family had 2 mills here, one  being a fulling mill for textiles.

A link with the mill on the Don at Millhouse  and the Blacksmith’s Arms is that, after the murder there, the rifle used was flung into the river by the murderer and found some years later in the mill-race (see Photograph in The Blacksmith’s).

In recent times a Wind Farm was constructed nearby with13 or more wind turbines on Royd Moor above the village, providing the modern day power of electricity to farms, water works etc. in the area.

This firm was established in London in 1868. The original shop was in Fore Street ( later re-named London Wall after bombing in World War 11). It was owned by a Mr Thomas Fox.12 years later 1880, the business passed on to a family called Dixon. In the 1880’s a Mr Samuel Fox (no relation to Thomas Fox ). He invented the wire drawing technique which led to stronger ribs in umbrellas. These had previously been made of whale bone.

In 1848 Samuel Fox began making umbrellas in Stocksbridge, a small village at that time. The umbrellas were sent out via the Deepcar station. Samuel’s son inherited the business and continued to improve the product, giving the name ‘Paragon’ to the latest design. A sample of a silk Paragon Umbrella is held on display at the Penistone Archives (Courtesy Mrs N Perry).

During the later Victorian era the Fox business established a factory at Ecklands, adjacent to Millhouse Green. Many ‘out workers’ in Millhouse made smalls salaries from assembling the umbrellas at home. This ceased in the 1980s as the factory caught fire and was never rebuilt. While at Eckland Fox’s had regular free bonfire night for the people of the village, with fireworks etc.

With a population of 1,139 (2011 census) the village has a Victorian built Primary School, a Male Voice Choir, a Village association, the Blacksmith’s Arms, a new version of the post office (now a general licensed shop) plus a fine bowling green and tennis courts. They also have their own Facebook page ‘We love Millhouse Green’ online.

The nearest Railway Station is at Penistone.

( Adapted from a Wikipedea article) 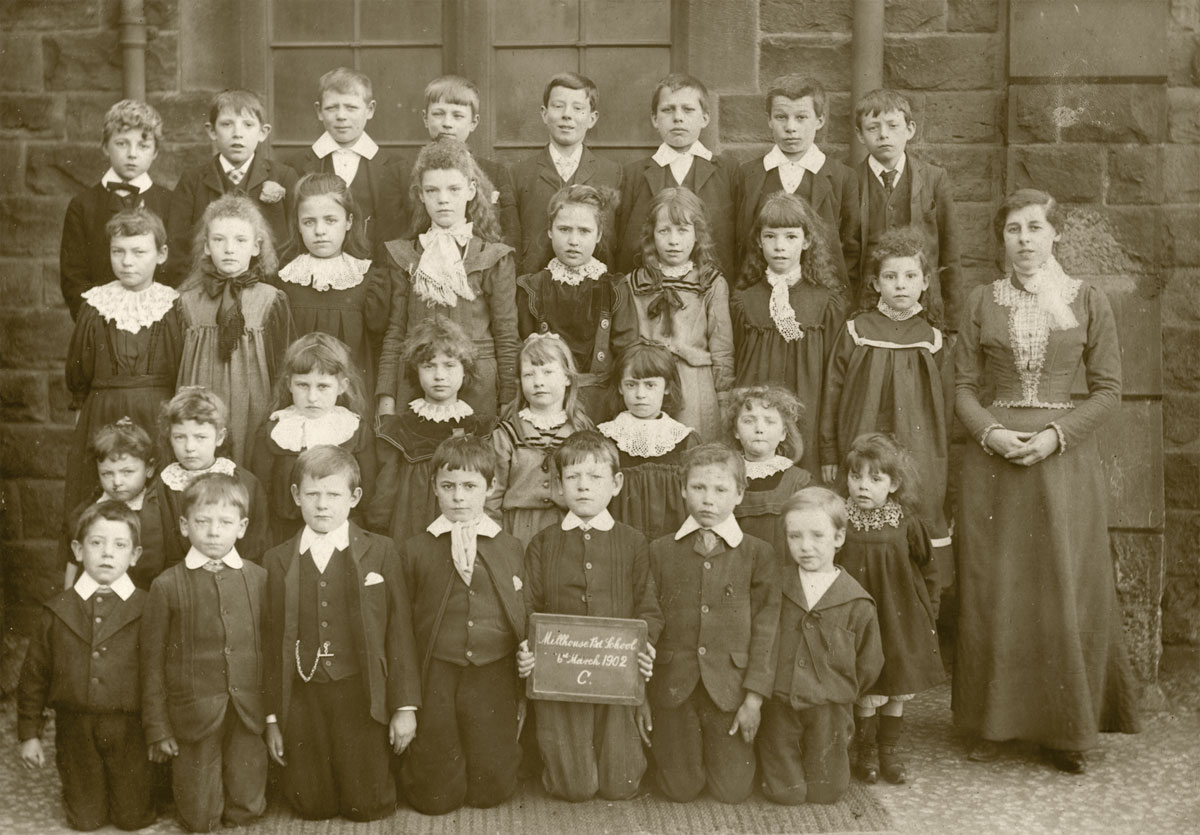 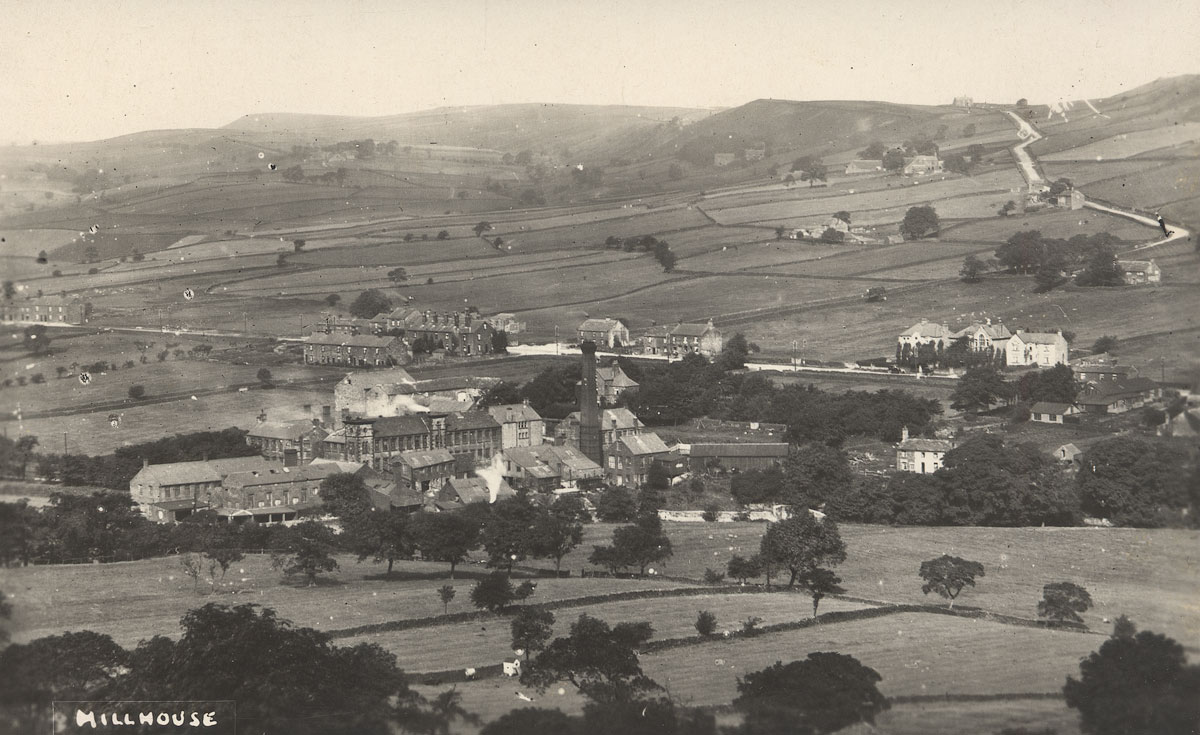 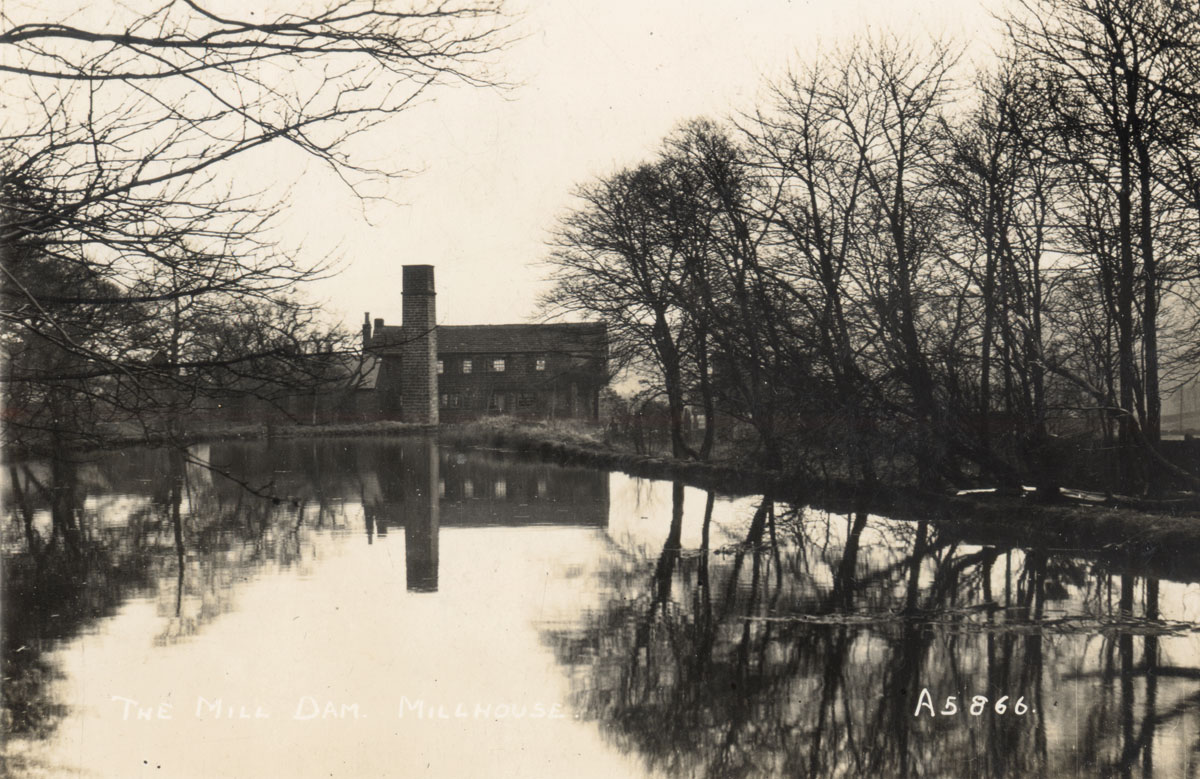