The origin of the name may be a Viking female’s – Gunnar, or perhaps an Anglo-Saxon forename. Therefore it could be interpreted as ‘Gunnar’s Farmstead’. It has existed for over 1000 years. Gunthwaite has a ‘stew-pond’, that is to say a pond with an inlet but no outlet. It is popular with trout fishermen. There is also a natural spa with sulphur- rich water. This is no longer fit to drink, unless boiled. Here was the origin of Spaw (or spa) Sunday when local people would walk to the spa: this is an old practice now more or less forgotten. From the spa there is the remains of a paved pack horse trail, known locally as Monks Way. It leads to Upper Cumberworth. It can no longer be seen as it was buried some time ago to preserve it.

Gunthwaite is home to Gunthwaite Hall and its 16th century Grade 1 listed close-studded Cruck Barn  which is still in agricultural use and has been described as “one of the glories of the parish”.   Also to be found nearby is Gunthwaite Spa, a sulphur rich spring whose waters emerge from a pipe set in a stone recess by the side of Carr Lane Gunthwaite Garden.

The old hall is a quaint old wood and plaster building, which has a romantic and deeply interesting past history but was pulled down many years ago and the present plain substantial building erected on its site. It belongs to the Bosvilles still but they have ceased to live there. But proof still remains of the wealth and dignity of its former inhabitants. They have carved their arms on the stonework of the outer buildings here and there and the work is so fresh that is seems to have done yesterday.The Bosvilles became connected with Gunthwaite in 1359. The first Godfrey Bosville lived there in 1545 and erected the barn.

The most striking building at Gunthwaite is an immense barn which covers half an acre. It seems to have been built in the 15th century. The upper part of it is a vast timber framework now painted black and white, the black representing the wood and the white the rubble and plaster by which the interstices are filled. But the most remarkable part of the building is the inside. The roof is supported by twenty-four great wooden pillars with stone bases, and the building reminds one of an ancient church with its nave and aisles. There are no less than six barn doors to give access to this remarkable building. The building is now divided into two parts by an internal wall. This seems to have been the original arrangement. No iron nails were used in the woodwork of the barn, but only wooden pegs, and it is handed down that one of the apprentice lads of the carpenter who built the barn was employed during the whole of his apprenticeship in making pegs required for it. The barn is still in use today.

Even though the Hall has gone the old garden has not (1918). It is sheltered from every unkind breath of wind by crumbling red walls covered by immense fruit trees, pears and plumbs, which occupy every inch of space on the inside, In one corner is a square stone summer-house with Bosville arms carved upon it and initials G.B.B. 1688 It is entered by a door of carved oak studded with great square nails. A sundial in the garden also bears the date 1784. 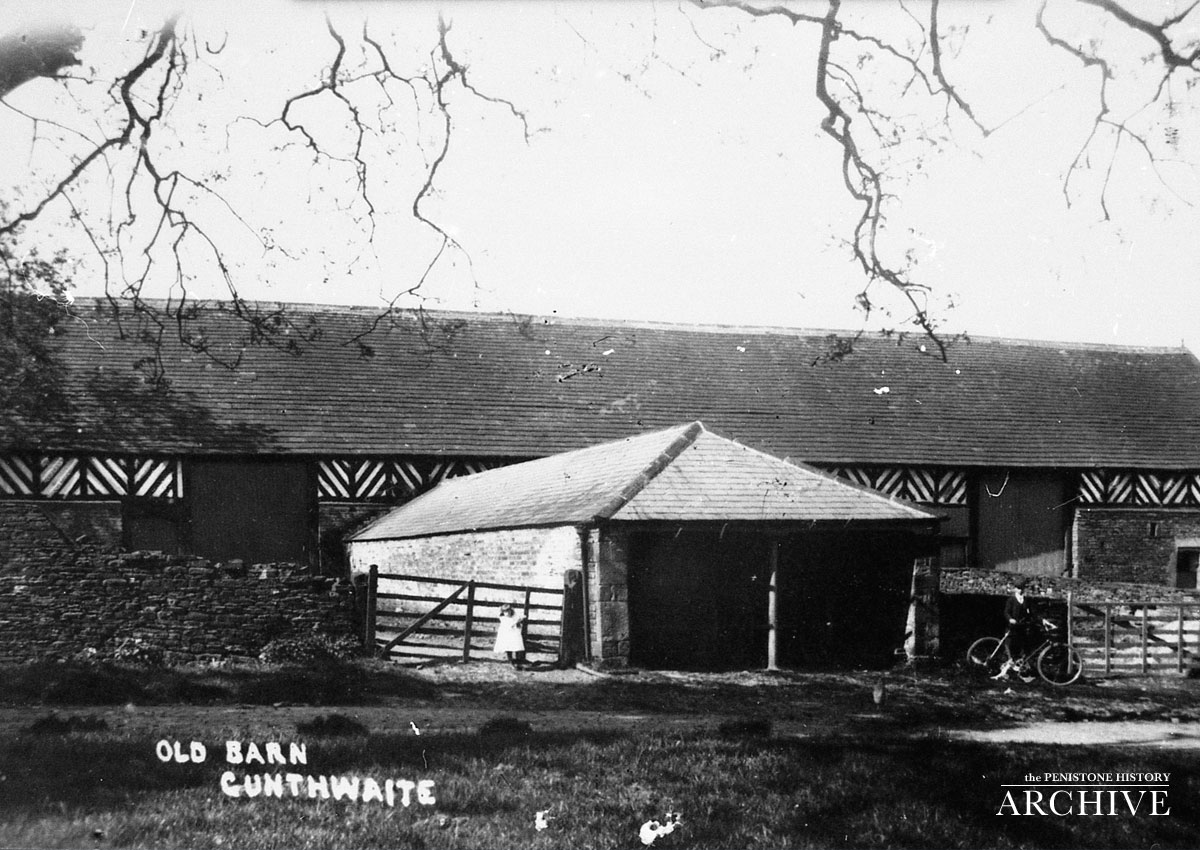 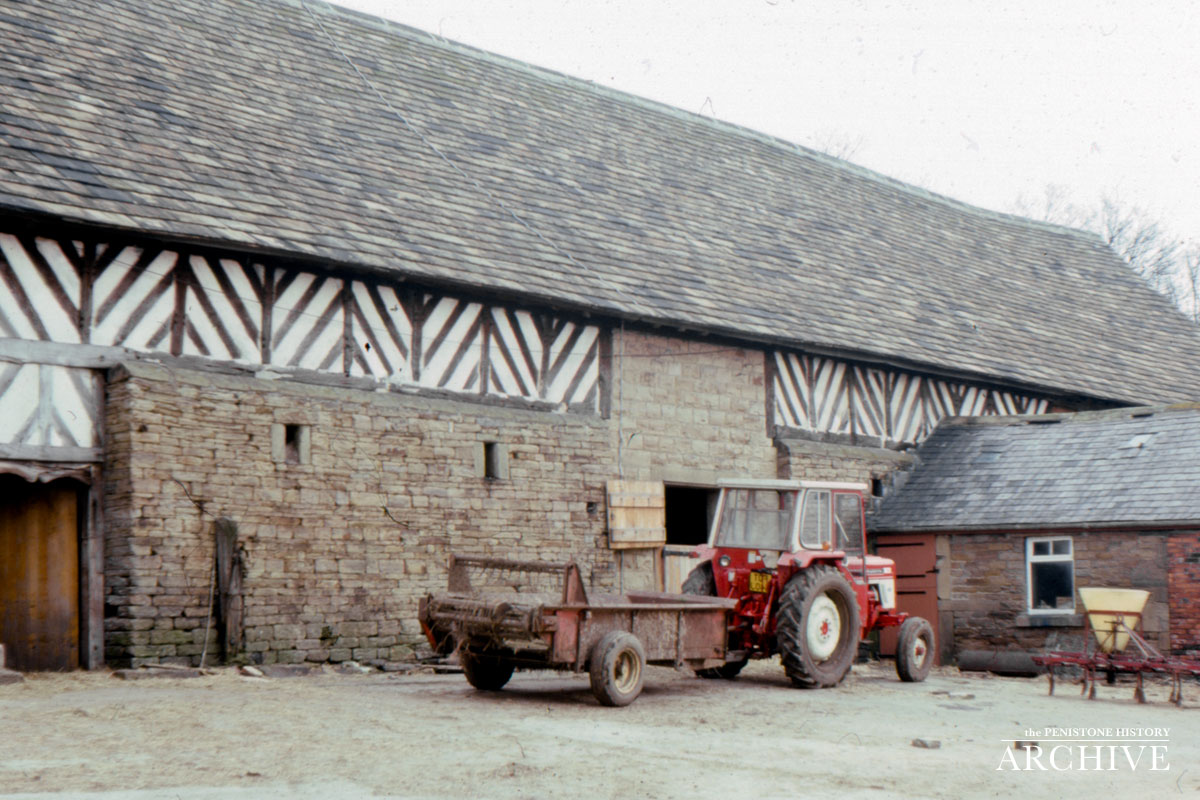 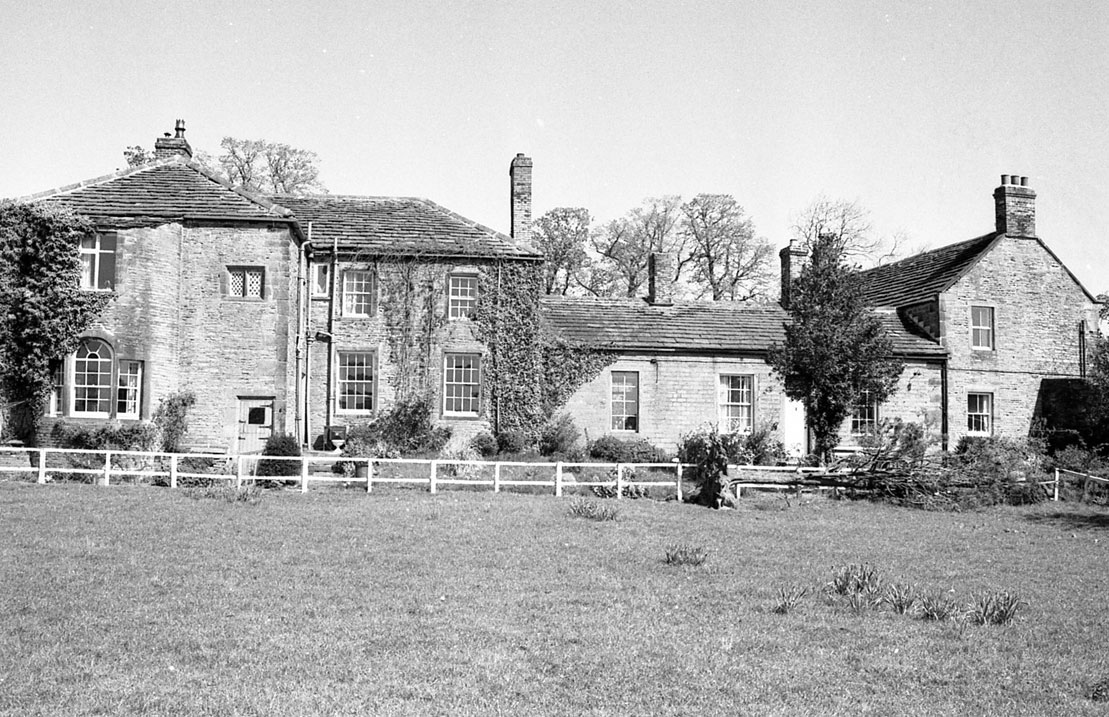 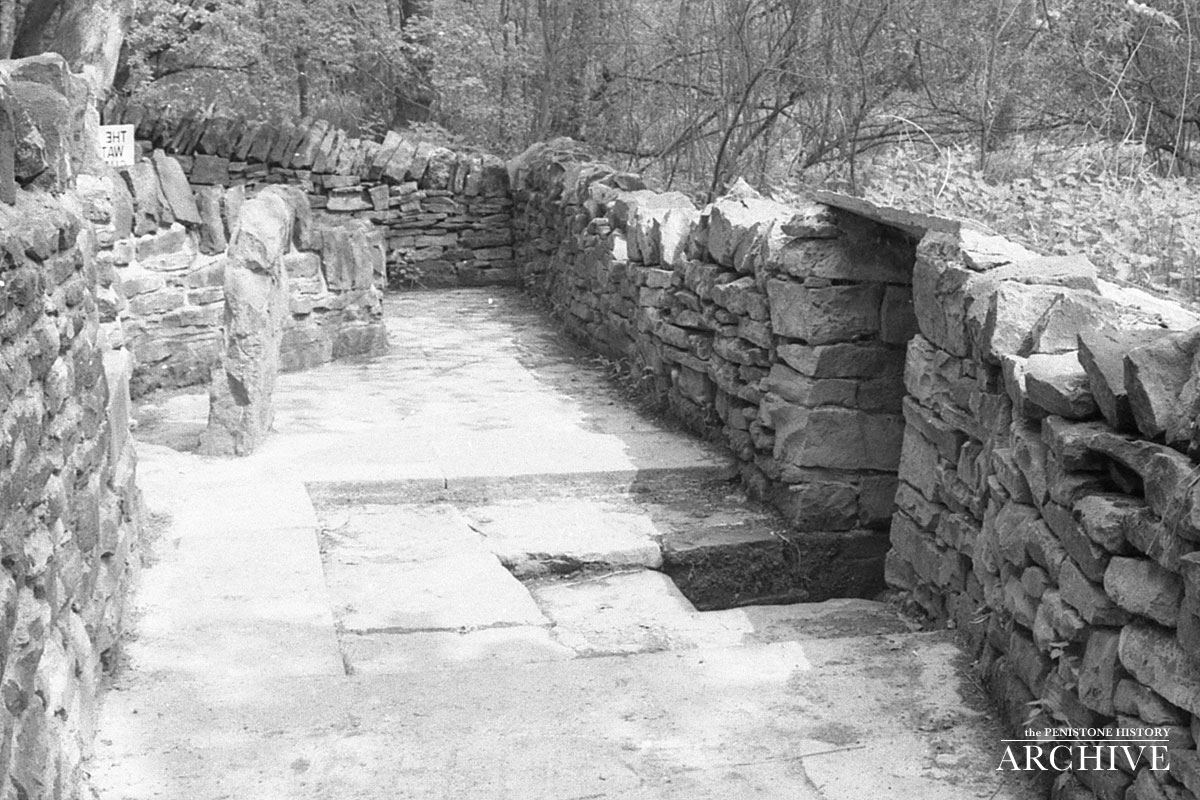 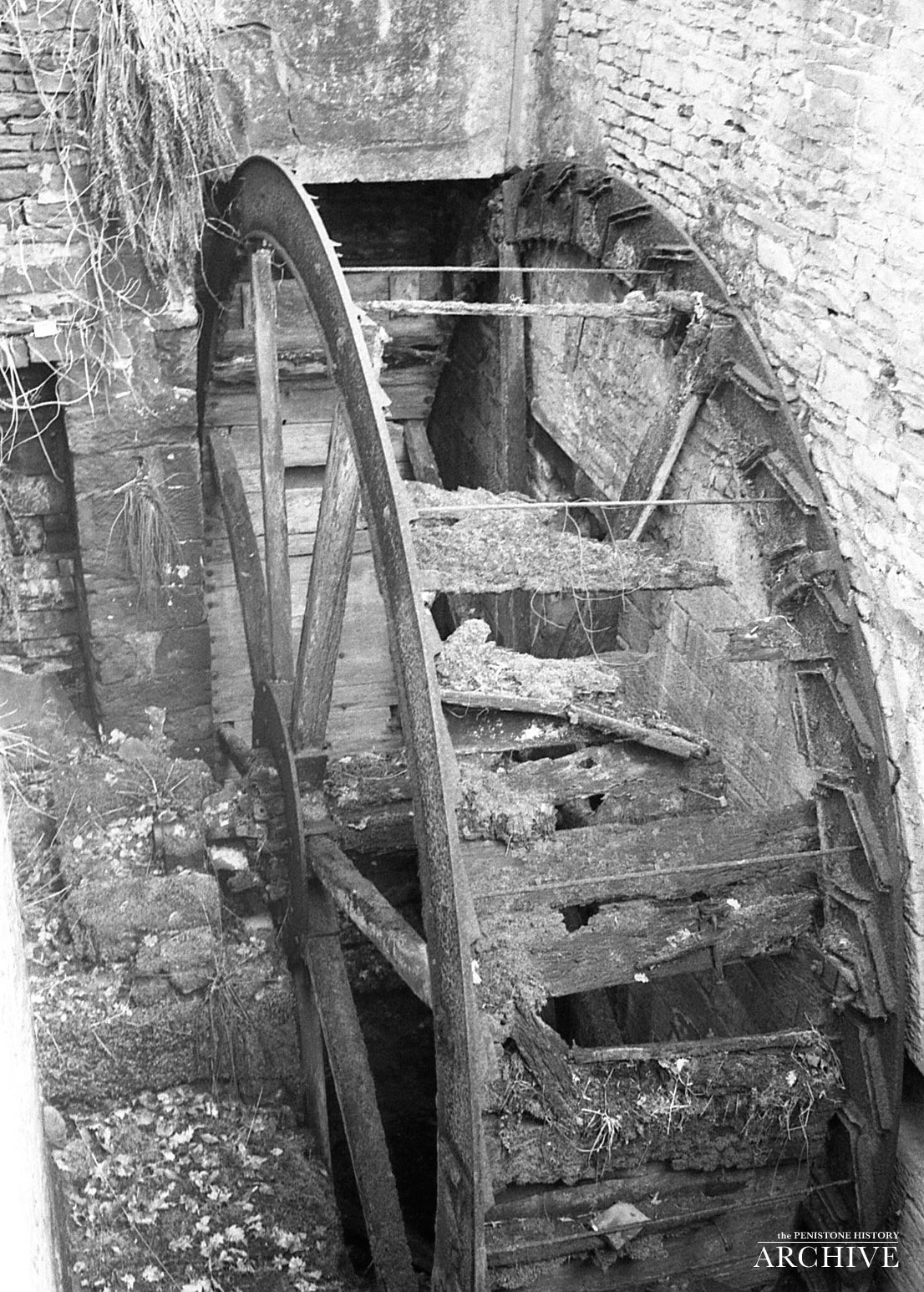