Is a small town and civil parish, in the City of Sheffield, in South Yorkshire, England. Historically part of the West Riding of Yorkshire, it lies just to the east of the Peak District. The town is located in the steep-sided valley of the Little Don River, below the Underbank Reservoir. It blends into the areas of Deepcar, Bolsterstone  and the eastern end of Ewden Valley around Ewden village, which are also within the civil parish. The population of the civil parish as of the 2011 census was 13455. There have always been ties between Stocksbridge & Penistone from the times when many Penistonians employed by the steelworks would walk along Back Lane over the top and down Underbank  in all weathers in the pitch dark to start their early shifts.

Created in 2010 Penistone & Stocksbridge became a Parliament Constituency, being able to elect one MP to serve in the UK Parliament.

Throughout the whole of recorded history, up until the early 18th century, what is now Stocksbridge was a deciduously wooded valley which ran from Deepcar at its south eastern end, to Midhopestones  at its north western extremity. A river, originally called the Hunshelf Water but afterwards renamed the Little Don, ran through the valley. This river was also, unofficially, called the Porter, probably on account of its peaty colour.

A dirt road, connecting Sheffield with Manchester ran through the woods adjacent to the river. There were a few stone houses in the valley and a sprinkling of farms on each hillside.

In 1716 John Stocks, a local farmer and landowner, occupied a Fulling Mill halfway along the valley where a flat, now dry flood-plain, created by the meltwater at the end of the last Ice Age, extended southwest from the river. At this place he reputedly built a footbridge over the river, perhaps so that his workforce could reach the mill from their homes on the north side. This originally wooden structure, Stocks’ Bridge, gave the place its name, not only because it was about the only thing there apart from the mill itself, but also because as a crossing place it appeared under that name on Thomas Jeffrey’s map of 1772, thereby effectively establishing itself as a place name. On various occasions this bridge was destroyed by flooding, and was eventually replaced by a stone structure in 1812.

In 1794 three businessmen, Jonathan Denton, Benjamin Grayson and Thomas Cannon, built a large cotton mill extremely close by, or possibly upon the site of the original mill.

Samuel Fox acquired the old cotton mill in 1842, at first renting it from its then owner, Joshua Newton. Nine years later, in 1851, he purchased the mill outright from Joshua’s son, Thomas Newton. Fox converted the place to use as a wire mill, and built much of the infrastructure of Stocksbridge, primarily to house his new workforce and to supply their needs. The wire was initially for textile pins, but around 1848 the business expanded to include wire for umbrella frames which led to Fox developing the “Paragon” umbrella frame in 1851.

The business continued to expand, and extended into different products, but underwent a major change in direction in the early 1860s when Fox realized that he could save large amounts of money by making his own steel for the wire, rather than buying it in. Furnaces and a rolling mill were installed, which in turn allowed the production of railway lines and springs. The business was incorporated into a limited company in 1871. Between 1872 and 1877 a railway line was built to link the works with the Manchester, Sheffield  and Lincolnshire Railway at Deepcar. This was the Stocksbridge Railway, which existed as a subsidiary company until 1992. Samuel Fox & Co joined Steel, Peech and Tozer  at Templeborough to form the United Steel Companies (USC) following the First World War. From then on the products of the USC sites were coordinated so that each works specialised in set products. Fox’s specialised in special steel produce such as spring steel and stainless steels. This developed into the manufacture of high-quality steel for the aviation industry. One specialised department assembled and tested springs for Rolls Royce cars. During the Second World War, ‘Sammy Fox’s’ Steelworks was kept busy as part of the war effort. During the Sheffield Blitz  by the Luftwaffe, the bombers used the dam at the end of Stocksbridge as a turning point for their run back toward Sheffield. Following nationalisation in 1967, the British Steel Corporation split the stainless steel departments off into a separate business which by 2004 had become part of Outokumpu. During the 1980s and 1990s the Stocksbridge works was part of the United Engineering Steels group (a joint venture between British Steel and GKN) and was known as “Stocksbridge Engineering Steels”. In 1999 the works were taken over by Corus and were part of the Corus Engineering Steels (CES) group. Although for several years Corus ran at a loss, it returned to profit, in part helped by a rise in demand for steel caused by Chinese economic activity.

Steel manufacture in Stocksbridge had always been by melting iron and steel firstly in crucibles (from 1860), then Bessemer converters (from 1862) and Siemens Open Hearth Furnaces (from 1899 until 1968) and lastly Electric arc furnaces (from 1939 until 2005). Iron has never been produced from iron ore at Fox’s, by any method.

In October 2006, Corus was taken over by the Indian company Tata. Corus Engineering Steels (Stocksbridge site) was renamed Tata Steels Speciality. During the 2008 recession Stocksbridge works reduced its workforce and output, focusing on producing lower quantities of high-value product for the aerospace and oil and gas markets. After the recession the company returned to profitability and began investing once again. In 2011 £6.5 million was invested in boosting the site’s ability to produce aerospace steel, and further developments were planned for 2013. However in December 2015 Tata came under investigation by the Serious Fraud Office in connection with the alleged falsification of certificates guaranteeing the quality of its speciality steels. This was then followed in early 2016 by an announcement from Tata that they would be selling their entire steelmaking interests in the UK, due, they said, to crippling electricity prices in the UK which are more than double the price in the European Union  and in other competing countries, and to large volumes of cheap steel which are being exported to the west by China. If a buyer could not be found, then steelmaking in the Stocksbridge valley would finally end, after almost 160 years.   However on 9 February 2017 it was announced by Tata and by the Liberty House Group, that the latter had purchased Tata’s entire UK steelmaking operation for GBP 100 million. This has secured the continuation of steelmaking in the Stocksbridge valley.

The main road from Sheffield to Manchester  originally passed through the town until the A616 Stocksbridge by-pass  opened in 1989. The new road links the M1 motorway at Junction 35A (and J36) to the Woodhead pass A628 (which is one of the main trans-Pennine routes from Sheffield to Manchester) bypassing the towns of Stocksbridge and Deepcar, diverting the steelworks traffic away from passing through the town.

There is a bus service running through the centre of Stocksbridge and the edge of Deepcar all the way to Middlewood Park and Ride, connecting with the Supertram service to the centre of Sheffield or Hillsborough. 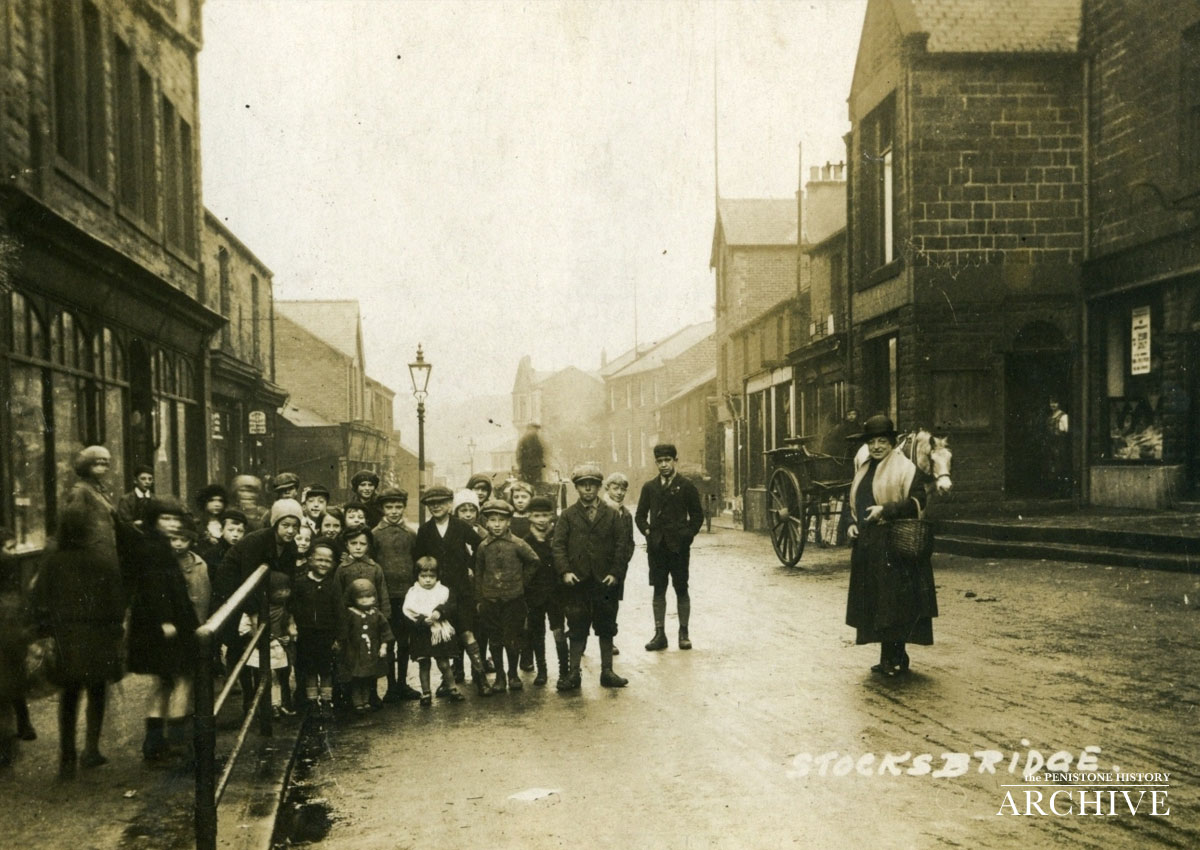 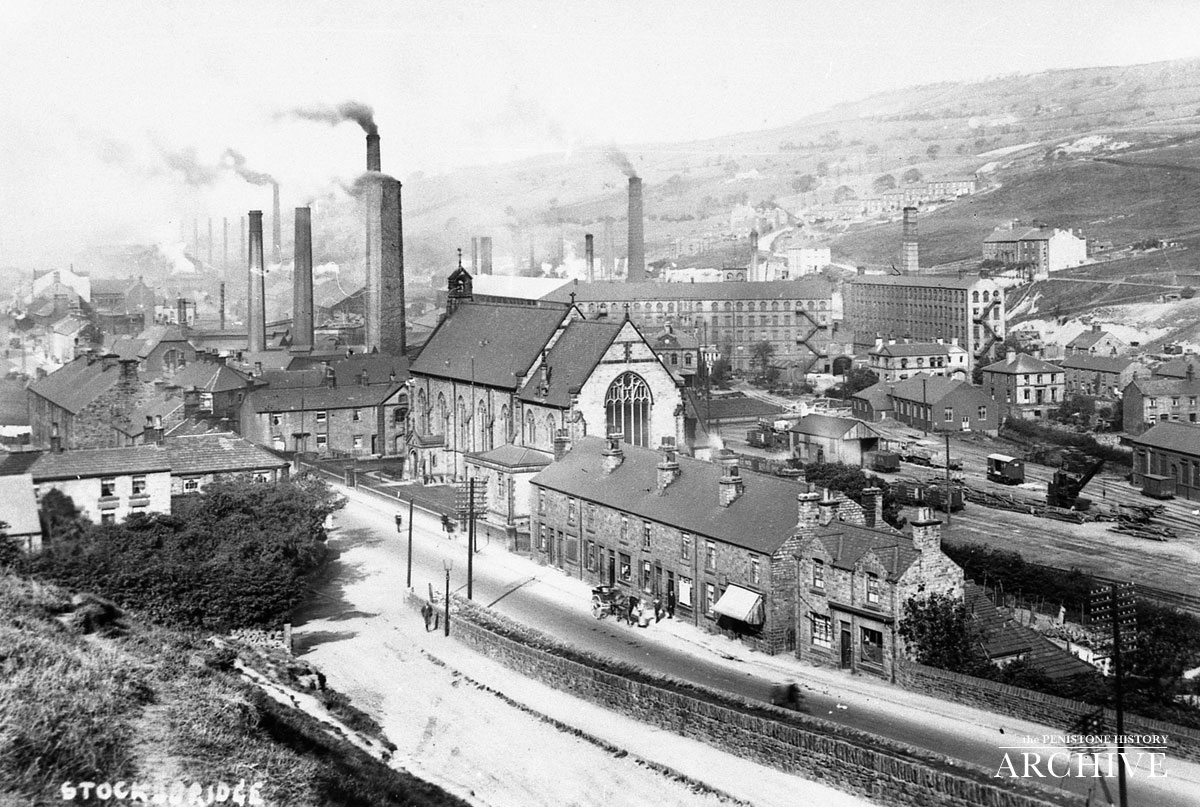 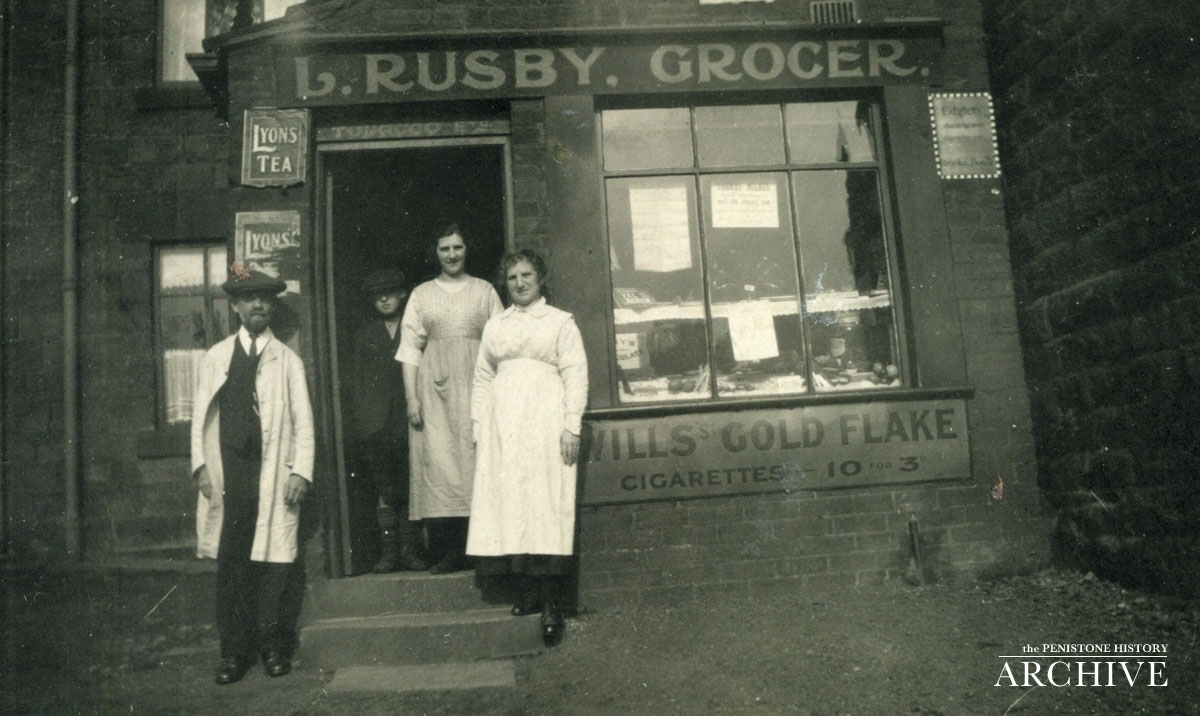 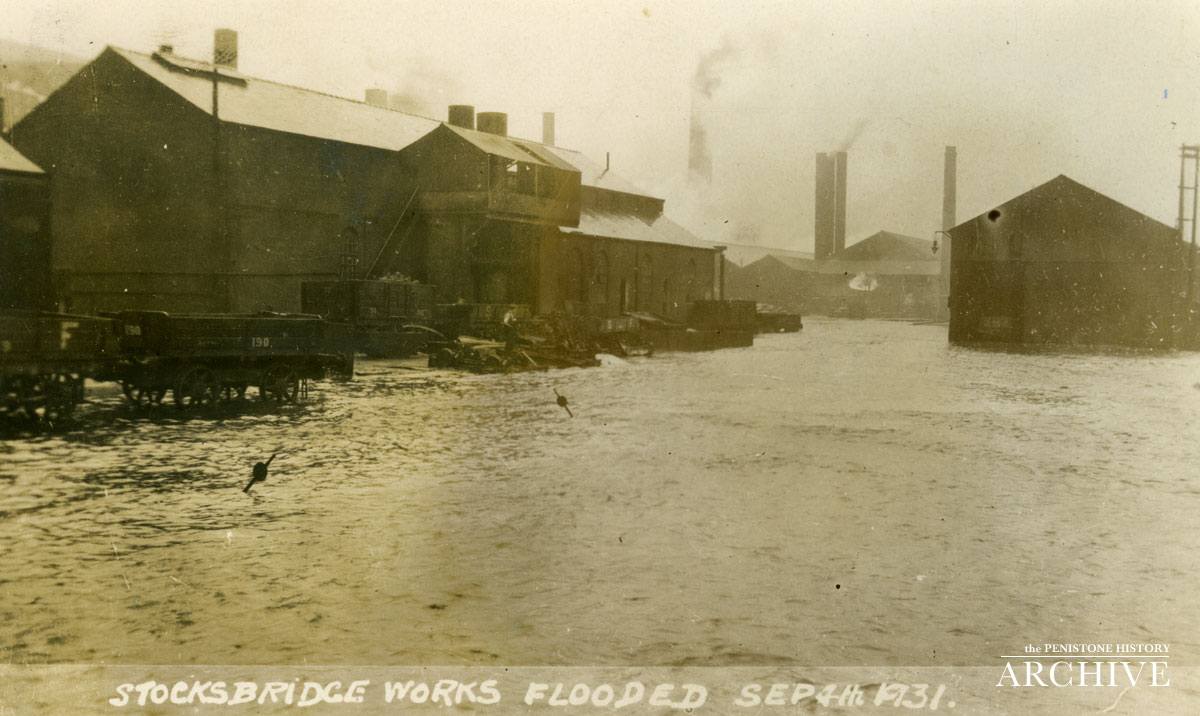